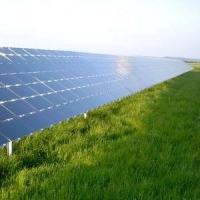 Berlin, Germany [RenewableEnergyWorld.com] Germany’s new right-of-center government plans changes to the country’s feed-in-tariffs for solar energy early next year, with the goal of tweaking but not revamping the incentive scheme as some have hoped. In 2012, the government aims to undertake a major review of its renewable energy policy, which could see several significant adjustments to financial incentives and regulatory measures for electricity generation from solar and other renewable energy sources.

Big energy companies in Germany, in particular, have been seeking changes to the feed-in-tariff scheme for some time. But their demands for action have grown louder since the economic crisis, which has hurt electricity consumption and revenues. More than 100 regional and national electricity service providers have announced price increases — as high as 16 percent for households — at the beginning of 2010, and have placed the blame mostly on the costs associated with purchasing and delivering renewable energy sources such as solar.

Newly appointed German Federal Environment Minister Norbert Röttgen has criticized the move, saying in the local media that it is “false to make renewable energy responsible for the price increases.” But in the same breath, the minister said incentives for solar energy need to be “more flexible and efficient” and that legal changes are necessary and will be made. The ministry, however, has yet to provide any details.

Of the total price German households pay for electricity, renewable energy currently accounts for about 5 percent, a level that is not likely to show any marked increase in the future, according to the German Federal Environment Ministry.

Numerous Germany policy makers, economists and energy executives believe industry must part faster with the incentives to help lower electricity bills and spur domestic manufactures of solar electricity generation systems to become more cost efficient. Germany, they are quick to point out, has meanwhile been overtaken by China as the world’s largest producer of solar cells, with production costs as much as 30 percent lower. And, they add, more than half of the new solar systems installed in Germany over the past two years were manufactured outside the country.

Germany’s feed-in-tariff program, which has caught the attention of numerous governments around the world, including the United States, has undisputedly led to a surge in new PV system installations and generation capacity. Today, the country accounts for more than half of the total global demand for solar energy. It remains one of the bright spots in a solar cell market that is being increasingly squeezed by weakening demand on the one side and a rising supply glut and fierce price competition on the other.

The continued boom in German demand is the direct result of above-market prices guaranteed by the government for a 20-year period — prices that have attracted and continue to entice scores of homeowners, farmers, entrepreneurs and others across the country to install solar power systems.

Between Sept. 30, 2008 and Sept. 30, 2009 alone, new solar energy generation capacity reached 2.34 gigawatts, far exceeding the 1500 gigawatt-threshold projected by government, according to Federal Network Agency (Bundesnetzagentur). The exceeded threshold has triggered an automatic reduction in subsidies for solar installations as foreseen under current EEG rules. As a result, beginning January, the yearly scheduled decrease in feed-in-tariffs will be 9 percent for rooftop systems and 11 percent for ground-mounted systems, instead of 8 percent and 10 percent respectively.

But some argue the subsidies need to be reduced even further. Energy companies point to the rising number of solar systems being connected to the network and to the investments needed to build new grids to transport additional capacity from solar, wind and other renewable energy sources.

Some energy companies also point to changes in how costs will be apportioned under amended EEG regulation. As part of an amendment to the existing feed-in-tariff regulation, the costs for delivering solar-generated electricity over nationwide energy grids will be transferred from the former grid transportation payment arrangement to the so-called “EEG Apportionment” scheme, beginning January 1. In addition, the new apportionment scheme, which replaces the former “roll-over” calculation mechanism, will include a few other costs. At the same time, the apportionment rate will increase from 1.1 euro cents per kWh to 2.03 euro cents.

“The reason for the new EEG Apportionment scheme was to create greater transparency for renewable energy costs,” says BBE spokesman Kluge. “But there is no increase in costs; it’s just a rearrangement.”

The German solar industry association BSW-Solar (Bundesverband der Solarwirtschaft) agrees. “The costs have simply gone from one pot to another, but energy companies see this administrative move as a great PR opportunity,” says association spokesman Ronald Lupmann. “They’re sending letters to their customers citing rising renewable energy costs as the reason for the electricity price increase. That’s simply not true.”

Both associations assert that while many in Germany praise the country for its stance on renewable energy, just as many others view renewable energy sources as more of a cost factor than an opportunity.

The former German government, which included the left-of-center Social Democratic Party (SPD) and the Green Party (die Grünen), aimed to expand renewable energy in the electricity sector to at least 30 percent by 2020 and by as much as 50 percent by 2030. Whether the new government intends to stay on the same course is unclear. It has already signaled an interest in extending the lifetime of nuclear plants, a move that could hamper the interest of big energy companies in Germany to make large-scale investments in renewable energy sources such as wind. If and how policy makers amend the current feed-in-tariff scheme could provide yet another clue.

John Blau is a U.S. journalist based in Germany. He specializes in business, technology and environmental reporting and also produces extensive industry research. John has written extensively about environmental issues in Germany.