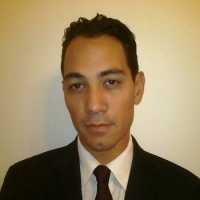 For most of the decade, Germany was the solar industry. Accounting for almost half of industry demand over the last few years, providing the scale to drive pricing down to more economic levels, and instituting an influential subsidy policy that affordably attracted crucial investment capital, Germany has made the solar industry what it is today. However, driven by improving economics and maturing environmental awareness worldwide, countries across three continents are stepping up with long-term commitments to take the load off Germany’s shoulders.

As Germany has been seated at the head of the solar table for so long, the eyes of industry forecasters are constantly focused on the comments of the German Environment Minister to drive their outlooks for the industry. After all, with almost 4 GW installed last year, Germany accounted for 55% of roughly 6.9 GW of industry demand. Driven by its widely successful feed-in-tariff policy, Germany has been responsible for more than 40% of demand in all but one year since 2004, and the PV installed on its rooftops and fields now generates roughly 42% of the peak solar power produced across the entire globe.

However, the industry has finally matured to the point where Germany will become less dominant and drive a smaller proportion of industry demand in the years ahead. With more governments embracing a feed-in-tariff policy, with heightened environmental awareness in the United States and developing countries, and with many nations’ growing desires to promote their domestic manufacturing industries and energy security, demand for solar has become broad enough and strong enough worldwide to provide sizeable and sustainable support even without Germany.

Though forecasts for 2010 worldwide PV installations range from 7 GW to almost 14 GW, an unofficial median of estimates from third party researchers like Displaybank, Lux Research, IMS, Deutsche Bank and Greentech, solar manufacturers like Trina, JASO, and Suntech, and the EPIA suggests about 9.2 GW of demand this year. As the table below highlights, growth from a breadth of countries will allow for this forecast to be achieved even if German demand remains flat year over year. In fact, four key markets — Italy, the US, Japan, and China — can be expected to drive 60% of installation growth in 2010. German demand growth in 2010 would only bolster the industry’s growth prospects, but the market looks on pace to achieve 33% growth without it.

Looking beyond 2010, government policies suggest the US, China, Italy, and Japan are poised to take the reins as the PV industry’s primary growth drivers. Driven by renewable portfolio standards and accelerating utility adoption, the U.S. is expected to transform from into a market leader with potentially more than 1.6 GW of annual demand in 2012; in fact, Greentech Media and Navigant Consulting suggest that the U.S. has the potential to surpass 2 GW in annual demand by then.

Italy, too, has emerged as an unexpected leader in PV deployment, driven by a generous feed-in-tariff that has reportedly driven project IRRs above 20%. Though this will likely be cut mid-2011, falling system installed costs and high insolation levels have translated into grid parity in many parts of Italy, which will help support demand even without a high feed-in-tariff.

Though growth in China may not really kick off until next year, massive government programs like the Solar Rooftop Program, for which 91 MW of projects were reportedly approved, and the Golden Sun Program, which targets 500 MW of installations through 2012, will help the country quickly pick up the pace. Though the national solar feed-in-tariff announced last year has been delayed and may ultimately be cancelled, China is nevertheless on a path to hit the National Energy Administration’s 2 GW installed capacity target by 2011.

Lastly, after eliminating subsidies for solar in 2006, the government in Japan reinstituted rebates and established a feed-in-tariff last year, providing a strong tailwind towards its lofty goal of 28 GW of total capacity by 2020.

Driven by the increasing heft of these four countries as well as notable growth in Canada, the UK, Korea, and potentially India, annual solar PV installations are on a clear path to almost double from 6.9 GW in 2009 to 13.6 GW in 2012 even if the German market doesn’t grow at all over that span. In that case, Germany would drop from 55% of the industry last year to only 28% in 2012. Meanwhile, U.S., China, Japan, and Italy would grow from 21% of the industry last year to 41% in 2012 with ample room for potential upside over that time frame.

Of note, the assumption of 2012 installations of 13.6 GW is a conservative forecast relative to estimates from DisplaySearch for 17 GW and iSuppli for 15.4 GW, which assume German demand continues to grow; it is intended less as an projection than as an illustration that the solar PV industry offers sufficient growth potential even in the absence of continued growth in the German market.

This transition is a crucial one for the industry. Though analysts have long been trained to hone in on market developments and subsidy changes in Germany to guide their outlook for the industry, the broadening scope of demand has rapidly transformed the growth drivers of the solar PV industry in the years ahead. In turn, German’s decision to cut its feed-in-tariff rate by 17% instead of 15% will ultimately have far less implications than higher than forecast project IRRs in Italy, while plans to pull forward Germany’s feed-in-tariff cuts by a few months may have far less impact on installation growth then unexpected multi-megawatt projects breaking ground in China.

While it is a foregone conclusion that Germany will announce another double digit cut to its feed-in-tariff rate for PV installations in 2011, of much greater importance will be the uptake to the feed-in-tariff programs in Ontario, France, Korea, and the UK, the introduction of feed in tariffs in populous U.S. states like Indiana and Michigan, or the establishment of floors and long-term SREC contracts in states like New York and Maryland. The industry must train its eyes on a new breeding ground, as more positive surprises from these markets are likely over the next few years than negative ones.

With a decade of experience transcending the financial spectrum from corporate finance, restructurings, and equity research/investment banking, Aaron Chew is now solely focused on financial analysis and research of the alternative energy / cleantech space. Mostly recently, as an analyst at a cleantech Incubator, called SustainableWorks NYC, he has been analyzing companies, identifying market opportunities and helping develop commercialization strategies for companies focused on sustainability in the New York area. Having been involved in project finance for a number of renewable projects in the Tri-State area as well as having written and published a number of independent research reports on the alternative energy industries, Aaron’s input and insight has been used and recognized by investors and industry alike.