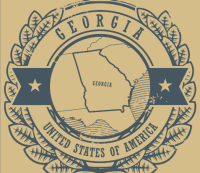 Georgia Power told the Georgia Public Service Commission on Jan. 31 that it has lately procured some solar energy and that some of that 2013 allotment for solar capacity will “rollover” into 2014.

The brief Jan. 31 update was under a November 2012 order from the commission under the utility’s Advanced Solar Initiative.

Georgia Power wrote that it “is providing this notice regarding the 2013 Solar capacity Georgia Power procured and the remaining capacity that will ‘rollover’ to the 2014 procurement. As of January 31, 2014, Georgia Power has procured 50 of the targeted 60 MW of capacity for the Utility-Scale program, 6.6 MW of the allotted 11 MW for the Small-Scale Distributed Generation Program, and 26.4 MW of the 34 targeted MW for the Medium-Scale Distributed Generation Program.”

The utility said that the remaining capacity that will “rollover” for procurement in 2014 is 10 MW for the Utility Scale program and 12 MW for the distributed generation programs.

In a separate Jan. 31 letter to the commission, Georgia Power said it has 34 MW of solar resources procured through the 2013 Advanced Solar Initiative (ASI) Small-Scale and Medium-Scale Programs ready to serve Georgia Power’s customers. The 2013 ASI Program has been a successful collaboration for both Georgia Power’s customers and the program participants, growing cost-effective solar generation in Georgia, the Southern Co. (NYSE: SO) subsidiary said.

The company said it has developed the 2014 ASI Distributed Generation (DG) program and a related proposed timeline. Furthermore, through the administration of the 2013 ASI DG program, the company and its stakeholders identified improvements that will lead to a more robust program, which is designed to fulfill the Georgia commission’s objectives for DG solar procurement. As a result, the company is proposing clarifications and enhancements to improve the Small-Scale and Medium-Scale programs.

The company proposes the following timeline for the 2014 ASI Program activities:

Among the proposed changes are: