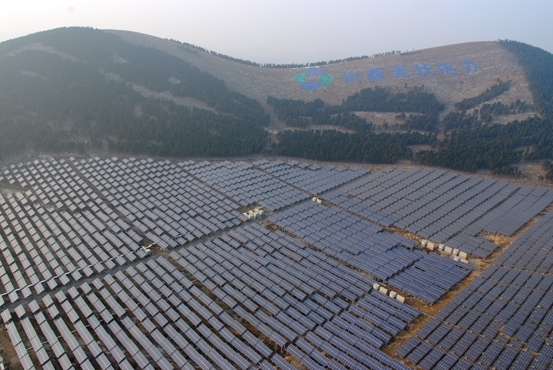 The companies will share revenue from selling electricity to the government utility at the 310-megawatt plant, which will use GCL’s solar cells to be assembled by Foxconn, Shu Hua, executive president of Hong Kong-listed GCL told Bloomberg News yesterday. He declined to give the investment amount or revenue split for the facility, which will be fully operational during the first half of next year.

Total budget for the plant, in Shanxi’s Datong region, was initially based on a cost of 10 yuan (US $1.58) per watt, which has since dropped to about 9 yuan (US $1.43), Shu said. The venture helps Foxconn founder Terry Gou move toward his goal of boosting investment in alternative energy, and GCL-Poly secures a customer amid declining prices and its first loss since 2009.

The plant will be in Datong, about 200 kilometers from Taiyuan, where Foxconn operates a factory, Shu said. Simon Hsing, a spokesman for Foxconn flagship Hon Hai Precision Industry Co., didn’t immediately answer calls to his mobile phone yesterday.

GCL-Poly, the biggest maker of polysilicon and solar wafers, secured approval from China’s National Energy Administration to start work on 340 megawatts of solar projects in the northern province of Shanxi, it said in August.

Those projects include 310 megawatts of ground-mounted solar farms and 30 megawatts of roof-top installations in Datong, it said at the time, without disclosing financial terms.

GCL-Poly reported a first-half net loss of HK$330 million, its first loss since the second half of 2009, as Europe’s financial crisis curbed the solar-energy business.

The Hong-Kong-based company also has an agreement with China Merchants New Energy Group to jointly develop at least 973 megawatts of solar plants in China in the next three years.