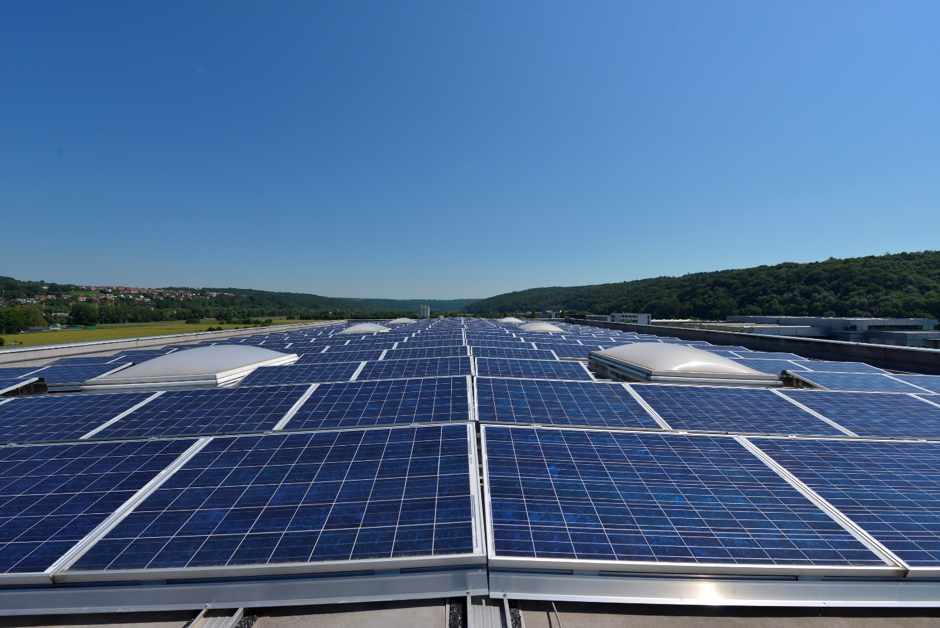 The transition from fossil fuels to renewable, sustainable energy is proving to be slow but gradual, and this is in large part due to the stumbling blocks that face the green energy sector. While scientists attempt to produce solar PV modules that are more efficient and can harvest a greater amount of energy, they are also under pressure to produce cheaper, more widely available solar modules to encourage the switchover.

Herein lies a problem: with solar modules being in such high demand for mass production, can we be sure that they are being disposed of and recycled in a way that remains true to their purpose — helping the environment and reducing pollution? With the UK government recently making cuts to the solar PV Feed in Tariff (as reported here by the BBC), property and commercial building owners are less likely to make the switch to solar, the knock on effect is reducing the amount of money that solar companies have to invest in new technology.

The good news is that solar PV modules can be recycled relatively efficiently — the bad news is that this is not necessarily easy. Recycling solar modules isn’t as simple as recycling regular glass or plastic, as the range of materials and chemicals that are used to make PV modules are subject to stringent restrictions set out in the Waste Electrical and Electronic Equipment recycling (WEEE) regulations. The greatest issue when recycling these modules is the presence of silicon, as solar panels using silicon must be recycled in an entirely different way to those without.

As reported by Lisa Krueger in her research paper on recycling programs, up to 97 percent of the materials used in producing solar modules can be extracted and repurposed using thermal recycling. Only modules that do not contain silicon can be recycled in this way, as this material cannot be broken down by use of a chemical bath.

For solar modules that do contain silicon, recycling is a slightly untidier process, as they can only be broken down manually or mechanically. Mechanical recycling involves removing each component of the solar panel and either salvaging, repurposing, or grinding the materials down before reselling. It’s a less chemically-efficient process than thermal recycling, but still boasts results above the 95% mark.

In application, the recyclable materials in solar modules usually equate to nearly all of the weight, and it is estimated that from a 20kg panel, around 19.5kg of materials will be recycled. Again, this yield would be increased further if a method was developed to recycle silicon more efficiently, as even with mechanical recycling, this material will often go to waste due to it being inseparable from glass.

The reduction in government incentives means that the return on solar modules has reduced, and so with property owners now facing a less favourable returns for solar power, the energy sector must find a way to incentivize consumers into making the switch to green energy before they are compelled to. Although energy prices continue to rise, the cost of living isn’t getting any lower, so it is understandable that building owners may be intimidated by a large investment into solar when it could take years before they start to see their return on investment.

Installation companies may have to delve into the world of financing to encourage property managers to invest in their products. Finance and funding options are available that will allow customers to invest in solar energy sooner rather than later. Being offered a realistic financing scheme allows the end user to tailor a specific plan that will work for them.

Offering this lending option to public sector and commercial organisations not only satisfies the property owner in the short term, but provides a revenue stream that allows the industry to take bigger risks when investing in new solar technology and recycling processes. With the government not looking set to change their stance on solar support, this option seems to be the most affordable and realistic for property owners.

An Incentive to Save the World

While solar power has been repeatedly proven to be a sustainable, clean source of energy, we are unfortunately not at the stage where integration of this technology in buildings is mandatory. Nevertheless, the industry will face high demand going forward and will thrive if an effort is made to incentivize building owners to make the renewable energy switchover sooner rather than later.