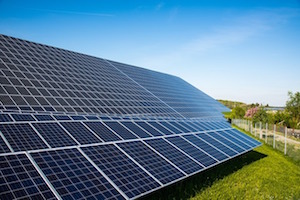 A series of recent state-level actions have been lauded by industry advocates as positive steps for driving deployments of residential, community-scale and utility-scale solar.

Gov. Andrew Cuomo on March 9 announced that New York has authorized competitive awards under the state’s Clean Energy Standard mandate for 22 utility-scale solar projects. The awards are part of $1.4 billion awarded for a total of 26 renewable energy projects in the state.

Solar Energy Industries Association (SEIA) President and CEO Abigail Ross Hopper in a statement commended Cuomo for what she said is a “historic commitment to solar energy.”

“These 22 solar projects will create thousands of jobs, generate billions of dollars in investment and bring clean and affordable energy to the residents of New York state,” she said. “It is highly rewarding to see that the Empire State has made this groundbreaking investment in solar energy.”

Gov. Ralph Northam on March 9 signed an omnibus energy bill for Virginia that designates 5.5 GW of solar and wind energy as “in the public interest.” The bill also initiates a process to modernize the state’s power grid to help spur renewable energy development.

Today I signed legislation ending the freeze on energy utility rates, returning money to customers, and investing in clean energy and a modern grid. I am proud that my team and I improved this bill significantly and thank the General Assembly for its continued work on the measure

SEIA Vice President of State Affiars Sean Gallagher said in a statement that the public interest finding is a “great first step” for solar in Virginia.

“[W]e must ensure the grid modernization process that this bill initiates is data-driven, solicits the public’s input, and is not a blank check for a utility to spend consumers’ money with little accountability,” Gallagher said.

By 2022, Virginia is expected to have an installed solar capacity of about 2 GW, before taking the new law into consideration, according to SEIA.

New bills filed on March 14 by New Jersey legislators have been lauded by many clean energy organizations for their potential to grow the state’s renewables development and extend benefits of clean energy to more residents.

The text of the bills was not immediately available in the state’s online legislative documents center.

According to the SEIA, the two companion bills introduced in the New Jersey House and Senate would increase the state’s Renewable Portfolio Standard target for solar and begin the process of developing next-generation solar incentives in the state.

In a statement, Brandon Smithwood, policy director for the Coalition for Community Solar Access, said the bills were important for solar in New Jersey in light of the recent tariffs places on solar cells and panels.

“New Jersey has historically been one of the leading solar markets in the country; however, with over a third of households renting their homes, nearly half of homes being multifamily, and numerous small businesses, non-profits and other organizations lacking adequate roofs for solar systems, the vast majority of New Jerseyans have not yet been able to realize the benefits of solar energy,” Smithwood said.