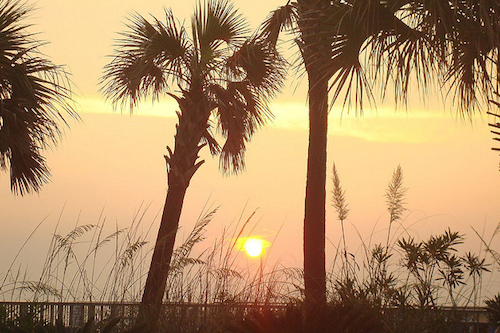 Florida voters could determine the course solar energy development and energy policy take in the Sunshine State for the foreseeable future on Nov. 8 when they decide whether or not Amendment 1 should be added to the state constitution.

Labeled as pro-solar, electric utilities have reportedly invested more than $21 million in a multimedia public relations campaign to ensure that Amendment 1 gathers the constitutionally mandated 60 percent or more of general election votes.

Opponents assert that labeling Amendment 1 as pro-solar is not only deceptive, adding it to the state constitution would place control of solar energy in Florida firmly, perhaps irreversibly, in the hands of the utility industry.

“I am 100 percent opposed to Amendment 1, and I haven’t found a solar contractor in Florida that supports it,” Steve Rutherford, who owns and runs Tampa Bay Solar, told Renewable Energy World. 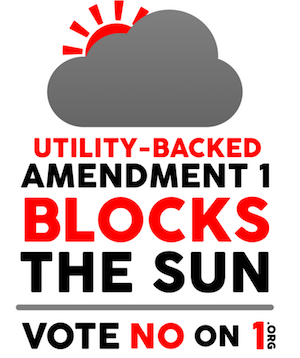 “Utilities have spent $21 million to take over solar in Florida. Anyone who wants to be involved [in the solar energy business] will have to work with the utilities on their terms,” Rutherford said.

Amendment 1’s third sentence states that consumers who do not choose to install solar are not required to subsidize the costs of back-up power and electric grid access to those who do, Erwin Technical College solar energy instructor Siggi Brocks said in an interview. The vague wording clears the path for utilities to levy fees that would make distributed solar uneconomic.

Similar utility-backed measures have been enacted in other states, such as Nevada, to the detriment of consumers and the solar industry, Brocks said.

Utilities in effect are ignoring the benefits distributed solar energy generation can have on utility grids, according to Brocks.

Florida’s electric utilities have been installing solar energy capacity, but at utility-scale and in a manner that ensures they own and operate all assets. Doing so helps ensure Florida electric grids operate safely, reliably and cost-effectively, they say.

In addition, recent research commissioned by First Solar concludes that utility-scale solar is a more efficient and effective means of increasing emissions-free solar power generation and use. Critics say distributed solar’s overall benefits haven’t been fully revealed yet, as it hasn’t been given the opportunity to reach sufficient scales in the U.S.

Reducing greenhouse gas emissions and responding to the effects of a warming climate are of potentially grave importance in Florida. According to a 2015 Risky Business report, $69 billion of Florida coastal property — the most in the nation — will reside in the mean high tide zone and be subject to regular flooding by 2030. That’s expected to rise to $152 billion by 2050.

Rutherford points out that behind-the-meter solar PV installations have outpaced utility-scale systems, however. He also noted a recent DOE study in which researchers concluded the Eastern Interconnect is capable of handling as much as 30 percent renewable energy penetration today without any adverse impacts. 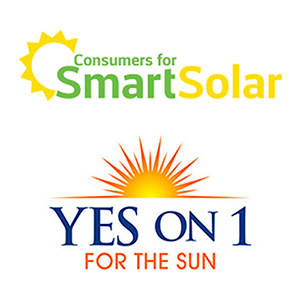 Little Solar in the Sunshine State

Amendment 1 opponents point out that Floridians haven’t even scratched the surface of the state’s solar energy potential, in large part due to the influence state electric utilities have been able to wield over elected officials.

According to U.S. Energy Information Administration (EIA) data, net utility and distributed solar energy generation accounts for about 0.1 percent the statewide total, which exceeded 230 million MWh in the 12 months from July 2015-July 2016.

Enactment of Amendment 1 would wind up smothering solar energy development, business growth and employment at the grass roots level, according to Rutherford.

“It would kill solar in Florida, including the 6,500 or so jobs that have been created,” he said.

Brocks recently conducted a mock vote on Amendment 1 at the beginning of the first day of class of an entry level solar energy design and installation course he teaches. Providing students with nothing more than a ballot with text from the amendment, 15 of 16 voted “yes.”

The result was an indication of the success of the utility industry’s public relations campaign, as well as the deceptiveness of Amendment 1’s pro-solar label, Brocks said.

“The first sentence [of Amendment 1] reads that anyone has the right to own solar energy in the state, which is good, but it’s actually nonsense,” Brocks said. “Anyone can own solar energy right now. There’s no need to write it into the state constitution.”

Sal Nuzzo, a vice president at the James Madison Institute, a think tank supported by Florida’s largest electric utilities, admitted that the utility industry is attempting to deceive voters and restrict solar energy development by labeling Amendment 1 as pro-solar.

Deeming their effort as “an incredibly savvy maneuver” while speaking at a conference this month, Nuzzo was also recorded as saying that Amendment 1 “would completely negate anything they (pro-solar interests) would try to do either legislatively or constitutionally down the road,” according to an Oct. 18 Miami Herald news report.