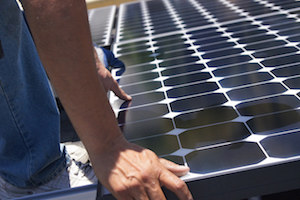 Rules on the structure of solar lease offerings in Florida were previously unclear, and homeowners, therefore, have not had a lease option for solar to date. Sunrun said it took a proactive approach to seek approval of its lease agreement from state legislators.

Sunrun’s CEO Lynn Jurich said in a statement that the company is “delighted to now be able to offer Floridians the opportunity to lease a solar system.”

The residential solar services provider earlier this year submitted a petition for declaratory statement to the Florida Public Service Commission (PSC) asking for clarity on whether its lease agreement met with state rules. The PSC on Friday issued a declaratory statement, saying that rules in the state “have long allowed leasing of renewable energy equipment, but the lease terms cannot be structured to, in effect, sell electricity to the customer.”

After a review of Sunrun’s 20-year solar equipment lease agreement, the PSC determined that the agreement does not constitute a retail sale of electricity and that the company can offer leases in the state.

“Sunrun will be allowed to lease rooftop solar equipment to homeowners without being considered a public utility under the Commission’s jurisdiction,” the PSC said. “Homeowners can lease equipment to generate electricity for personal use and also benefit from interconnection and net metering with their local utility.”

Sunrun said it expects to start accepting orders in select markets in Florida in the coming months.