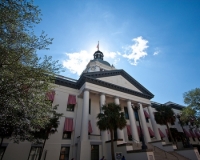 New Hampshire, U.S.A. — National Solar Power has selected Gadsden County in northern Florida as the site for a 400-megawatt photovoltaic solar farm that will use 4,000 acres.

The Florida-based company said a minimum of 20 farms will be built on 200-acre sites at a cost of $70 million each. National Solar Power estimates the project will create 400 jobs during the five-year construction phase and up to 120 permanent operations jobs. National Solar Power expects each farm segment will have a three-person maintenance crew, an engineer and security personnel and estimates the permanent operations jobs will come with an average salary of about $40,000 per year.

The company must first go through the local and state permitting process, and company officials say the first phase of the project would be up and running six months after groundbreaking. Hensel Phelps Construction Co., the firm that rebuilt the Pentagon after the Sept. 11, 2001 terrorist attacks, will design, build and operate the solar farms for National Solar Power.

The county, which borders Georgia, is home to Florida’s state capital of Tallahassee as well as Florida State University and Florida A&M. The company said potential partnerships with the universities were among the factors that led to Gadsden County’s selection.

The company had considered sites in Florida, Georgia and North Carolina as possible locations for the solar farm project and said it is still in talks with representatives in those communities. However, discussions are most advanced in Hardee County, Florida.