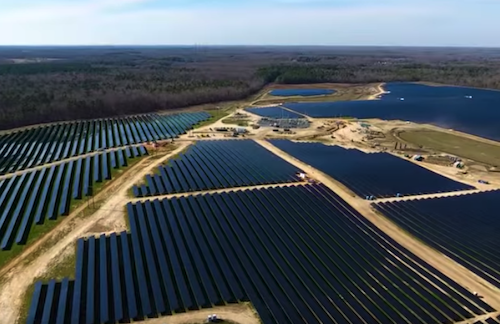 Duke energy issued a fact sheet on Thursday, September 20 outlining the damages that Hurricane Florence caused to the 3,000 MW (3 GW) of solar capacity connected to the Duke Energy system in North Carolina.

According to Duke, at peak solar outages, 1 GW of solar capacity was not available to the system. Of that 1 GW, 100 MW was Duke-owned solar capacity and the rest was either taken offline or tripped off during the storm (either grid or facility related).

As of this writing, roughly 800-900 MW of solar capacity is still offline but some is starting to come back online. Duke offered no timetable for full restoration of solar assets.

Most of the offline sites are in areas that experienced extreme flooding.

“There is a lot of solar near the coastal counties of North Carolina,” said spokesperson Randy Wheeless in a statement.

Duke Energy has 35 solar sites in North Carolina and three of those (Camp Lejeune, Warsaw and Fayetteville) are offline with the utility assessing damage to them today. About one dozen panels were damaged at the Duke-owned 60-MW solar array in Monroe, which has more than 600,000 panels. The Monroe site is fully functioning today.

Watch the video below to see an aerial view of the Monroe solar facility before the hurricane struck.