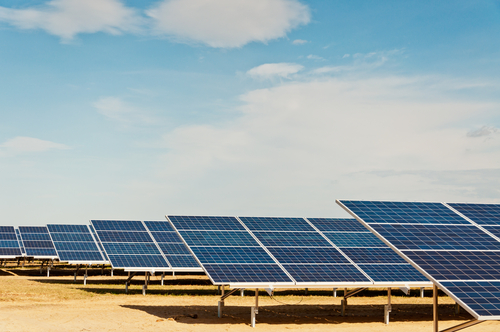 Building vast fields of solar panels for utilities is cheaper than bolting lots of little ones to rooftops, and now First Solar Inc. has more data to prove it.

The largest U.S. developer of utility-scale solar farms joined a utility industry group to fund a study that found rooftop solar systems can be more than double the cost of large ground-mounted power plants.

The Brattle Group study is the latest salvo in an escalating battle between utilities and rooftop developers including SolarCity Corp. and Sunrun Inc. that install solar panels on homes and offices, eating into revenue for the regulated monopolies.

“Members of the utility trade group worry rooftop solar is cannibalizing their growth,” Kit Konolige, an analyst at Bloomberg Intelligence, said in a research note Wednesday. “Large-scale solar companies are siding with the utilities they sell to, in opposition to SolarCity and other rooftop installers.”

The Brattle Group report was prepared for First Solar, with support from the Edison Electric Institute. It evaluated data from Xcel Energy Inc.’s power grid in Colorado and found that the cost of electricity from 300 megawatts of utility-scale, solar farms was “roughly one-half the cost per kilowatt-hour of the output from an equivalent 300 megawatts of 5-kilowatt residential scale systems.” The ground-mounted systems have tracking systems that move the panels as the sun traverses the sky, boosting efficiency, while the rooftop panels were fixed.