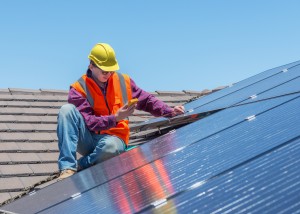 Very few bullish things can be said about First Solar, Inc. (NASDAQ:FSLR) stock, because this investment has not fared well over the years. 2017 thus far has been notable because FSLR stock is actually up on the year, to the tune of 18.23 percent. For an investment that is known to create losses, this is a very good start.

Is this a prelude of things to come? In order to answer this question successfully, I need to resort to the method I employ to generate views on a potential investment. This requires taking a look at a number of indications on the First Solar stock chart.

For anyone not familiar with my style of investment research, it’s worthy to point out that I employ technical analysis in order to generate a view on a potential investment. This method of analysis is based on the notion that historical price and volume data, which is available on stock charts, can provide relevant information that can be used to project the future direction in which an investment is heading.

In order for me to suggest that First Solar stock will continue its advance, the stock first needs to break above key levels of price resistance. The following price chart illustrates a level of price resistance that is fast approaching.

Throughout 2015, the price point at $40 served to support First Solar shares and, every time this level was tested, a significantly large bounce ensued. The first time the level was tested from above, a strong rally pushed this investment higher to the tune of 67.25 percent.

Later in the year, when FSLR shares were plagued with weakness once gain, which caused the share price to trade back to that significant level of price support at $40, another rally ensued off that level to the tune of 84.57 percent. Buyers were eager to step in and support this level, and the rallies that followed were fruitful.

After failing to trade back above this level in October 2016, a sell-off quickly ensued. It was not until April 2017, after FSLR shares hit $25.56, that this investment was finally able to find its footing.

Breaking above this level of resistance would be a real feat of strength that would suggest that higher prices are likely, but succumbing to this hurdle would still be in the context of a larger bearish trend.

This downtrend line is the dividing line that separates this investment from a true bull market and, as long as the stock price continues to trade below that line, the bears have the upper hand. This level of resistance stands near $60 so, if the horizontal level of resistance at $40 is broken to the upside, this downtrend line becomes the next logical price objective for FSLR stock.

First Solar stock is having a banner year, and this is a bullish change for this investment. Even though positive progress is being made, there are still numerous and significant levels of price resistance that need to be broken before I can truly hold a bullish view on FSLR stock.

This article was originally published by Profit Confidential and was republished with permission.