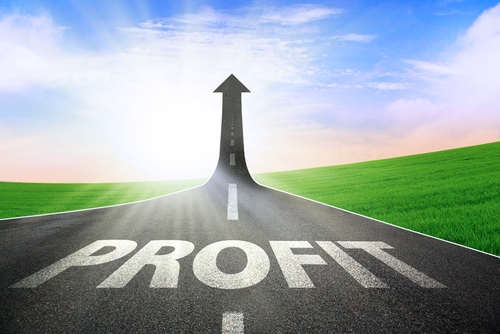 First Solar Inc. Chairman Mike Ahearn has found the best way to make money from photovoltaics is to sell whole power plants to Warren Buffett and NextEra Energy Inc. instead of competing with China on panel sales.

The biggest U.S. solar company is forecast to report the only profit in the second quarter among the 17 companies in the BI Global Large Solar index, according to estimates collected by Bloomberg. The rest, led by Suntech Power Holdings Co. of China, are predicted to have losses.

Suntech and the other Chinese manufacturers that dominate the industry have focused almost exclusively on panel sales, exposing themselves to the brunt of a 47 percent plunge in prices in the past year. Ahearn has insulated First Solar by cutting production and expanding sales of the PV power plants, said Sanjay Shrestha, an analyst at Lazard Capital Markets. Buffett and NextEra are among the company’s best customers.

“Their strong project pipeline is helping them weather the storm that everyone else is caught in,” Shrestha said in an interview. “That’s buying them time while the rest of the industry scrambles for the next panel sale.”

First Solar will report net income of 60.1 cents a share in the second quarter, according to the average estimate of nine analysts surveyed by Bloomberg. It’s due to report earnings after trading finishes tomorrow in New York. Suntech and its rivals, mainly Chinese companies listed in New York, are due to report later in August. Yesterday, Suntech said it may delay its earnings due to a suspected fraud.

Investors aren’t giving Ahearn credit for the shift yet. First Solar’s shares have fallen 88 percent in the past year, sharper than the 75 percent decline in the Large Solar index. Ted Meyer, a First Solar spokesman, declined to comment, citing a quiet period before its results.

“The big risk is that they won’t be able to replace the pipeline as existing projects are completed,” said Rob Stone, an analyst at Cowen & Co. in New York who has a neutral rating on the stock. Many of First Solar’s projects relied on government backing to make them profitable, and those programs have expired. “How much longer can their profitability last?”

MidAmerican Energy Holdings Co., a unit of Buffett’s Berkshire Hathaway Inc., agreed on Dec. 7 to buy the Topaz Solar Farm in California developed by First Solar. The project’s development budget is $2.5 billion and may generate 550 megawatts of power starting in 2015, making it one of the world’s largest PV plants.

NextEra, the biggest U.S. generator of power from solar and wind plants, joined a unit of General Electric Co. to buy the 550-megawatt Desert Sunlight project in California and in March completed the purchase of 40 megawatts of in Ontario.

First Solar typically sells its projects to an energy company once it’s received permits, arranged financing and completed a deal with a utility to buy the electricity. It receives an upfront payment for the sale that’s usually confidential and is typically a small fraction of the total development budget. Then it continues to receive revenue during construction, for labor and for supplying the panels.

Ahearn accelerated First Solar’s transition to project development in October, when he replaced Rob Gillette after a two-year break from leading the company. By the end of 2011, Ahearn had delayed completion of a factory in Vietnam and shut a California R&D unit.

In April, he announced measures to cut 30 percent of the workforce, idle four production lines in Indonesia and shut a flagship plant in Frankfurt an der Oder, Germany.

The moves were part of First Solar’s “strategy to pursue utility-scale solar opportunities in sustainable markets,” Chief Financial Officer Mark Widmar said on a conference call to discuss the restructuring on April 17.

The goal “is to align our business to a demand profile that is highly reliable and predictable, which largely is our captive pipeline” of solar farms the company is developing, he said. “Our pipeline is a competitive advantage.”

About 53 percent of First Solar’s $497 million in first quarter sales came from developing and selling solar farms. That was up from 30 percent the prior quarter, and it was the first time panel sales weren’t the top driver for results.

Competitors Suntech, JinkoSolar Holding Co. and Yingli Green Energy Holding Co. get at least 90 percent of their revenue from selling solar panels, either directly or through distributors. All will probably lose money every quarter this year, according to Bloomberg data based on analyst forecasts. They’re all listed in New York and report later in August.

Jinko is expected to lose $7.51 an American depositary receipt this quarter, the worst performance within the Large Solar index. Suntech, the world’s biggest panel maker, may lose as much as 45 cents an ADR and isn’t expected to report a profit until 2014. Analysts expect Yingli to lose 28 cents.

Solar panel prices fell by half last year, which has “killed profitability in module manufacturing,” said Mark Bachman, an analyst at Boston-based Avian Securities. “First Solar puts up more profit over the next year than all the other companies combined.”

Ahearn’s plan to build up project development dates to 2007, when First Solar bought the construction and engineering company Turner Renewable Energy LLC for $34 million. That was followed by 2009 purchase of the closely held developer OptiSolar Inc. for $400 million in stock, and the 2010 acquisition of NextLight Renewable Power LLC for $285 million.

“Adding these resources, along with their development team, to First Solar, is our next logical step,” Ahearn said when announcing the OptiSolar deal on March 2, 2009.

Those acquisitions came with several utility-scale solar farms already under development. OptiSolar brought the 550- megawatt Desert Sunlight project, which First Solar sold to NextEra Energy Inc. in September and is scheduled to be complete in 2015. Also in the purchase was the 550-megawatt Topaz plant that MidAmerican Energy Holdings bought in December, expected to be finished in 2014.

First Solar had cash and cash equivalents of $610 million at the end of the first quarter, up 72 percent from a year earlier. Their current ratio, which measures the ability to repay short-term debt, was 2.48, or 51 percent higher than the average for the 17 companies in the Bloomberg Industry Large Solar Energy index.

First Solar had contracts to build 2.7 gigawatts of power plants as of May 23, according to slides executives showed to analysts along with the first-quarter earnings.

First Solar’s anticipated profit this quarter will be followed by earnings of $1.34 a share for the current quarter and $1.69 in the final three months of 2012, analysts predict. That won’t be enough to counter a $5.20 loss in the first quarter, largely due to a $413 million restructuring charge that came along with Ahearn’s strategy shift. For the whole of 2012, analysts expect loss of $1.46, according to the median of 24 forecasts collected by Bloomberg.

Even if First Solar arranges as much as 600 megawatts of new contracts annually, its factory utilization will drop to about 70 percent by the end of 2014, Stone said. That may force additional charges and closures that would cut profitability.

“They’ve got some nice projects and nice prices right now, but any new projects they win will come at much lower margins,” Stone said. He has a neutral rating on the stock.

First Solar’s production cost averaged 69 cents a watt in the first quarter. Prices for standard, polysilicon based panels were 76 cents a watt at the start of July, according to Bloomberg New Energy Finance.

“For anyone following First Solar it’s always been a game of ‘What’s the next negative to hit?’” said Lazard’s Shrestha. “But they keep forgetting about the strong project pipeline.”