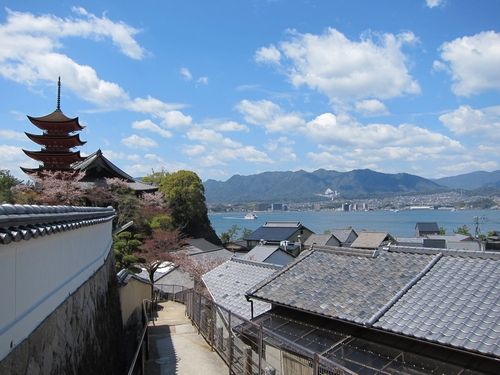 The deal fills a gap for First Solar, which doesn’t market its panels for rooftop systems. It also gives the Tempe, Arizona-based company access to Japan, which is expected to become the second-largest solar market this year. The purchase is a departure for First Solar, the biggest producer of thin- film panels, because TetraSun’s technology uses silicon.

“Japan is the highest value, space-constrained market so that’s why we’re starting there,” Hughes said in an interview after the event.

TetraSun’s proprietary design can convert more than 21 percent of the energy in sunlight into electricity, according to a statement. It uses silicon, the material used by most solar manufacturers including the Chinese producers that dominate the market. TetraSun’s panels have copper electrodes instead of silver, which reduces costs, the company said in July. Terms weren’t disclosed.

“With TetraSun, they get this new entrance to the rooftop market they’d pretty much abandoned,” said Ben Kallo, an analyst at Robert W. Baird & Co. in San Francisco who attended the meeting and has a neutral rating on the shares. “The efficiency they’re talking about puts them in a very competitive position to play in the markets SunPower’s in.”

SunPower Corp., the largest U.S. maker of silicon-based solar panels, began offering solar leases for residential rooftop systems in 2011 and said in August the business may generate as much as 25 percent of sales by mid-2013.

“It’s a complementary technology set that opens to us the entire market,” Hughes said during a webcast of the analyst meeting. First Solar’s panels use cadmium-telluride sandwiched between sheets of glass.

First Solar is buying TetraSun from JX Nippon Oil & Energy Corp. and other investors including TetraSun’s management. All 14 employees will remain with the San Jose, California-based company.

First Solar expects to open a factory that will produce about 25 megawatts to 50 megawatts of TetraSun panels next year for the Japanese market. Hughes said he hasn’t decided yet where to build the plant.

Japan’s introduction in July of an incentive program offering above-market rates for energy from renewable sources means the country will probably become the largest solar market in the world after China this year, Bloomberg New Energy Finance said in a research note earlier this month.

Commercial and utility-scale projects will boost solar installations to a range of 6.1 gigawatts to 9.4 gigawatts in 2013, exceeding an earlier forecast of 3.2 gigawatts to 4 gigawatts, the London-based researcher said.

“The 10kW-1000kW commercial segment, which includes commercial rooftops, has great capacity for growth, and is a major part of our forecast this year,” Tokyo-based BNEF solar analyst Travis Woodward said in an e-mail response to questions.

First Solar expects to sell 1.6 gigawatts to 1.8 gigawatts of thin-film panels this year, generating revenue of $3.8 billion to $4 billion, according to a forecast issued yesterday.

About 64 percent of First Solar’s $1.08 billion in sales in the fourth quarter came from its systems business, which builds and sells large solar farms, and the rest from selling panels. The forecast reassured analysts concerned the company isn’t selling new projects fast enough to replace the ones it’s completing, said Kallo.

First Solar expects revenue of about $12 billion over the next three years, Chief Financial Officer Mark Widmar said at the analyst meeting. About a third of that forecast is due to existing contracts and the rest will come from anticipated sales, he said.