More
Home Solar Fifteen Things to Watch Out for in 2016 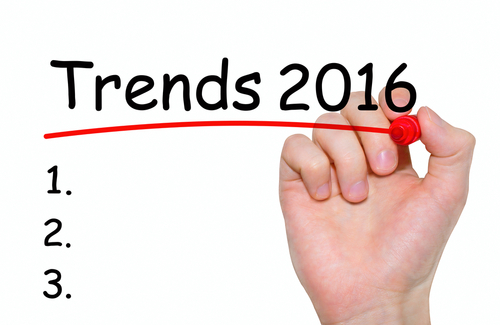 Happy 2016 – out with the old expectations and in with the new expectations. One expectation that is certain to come true in 2016 is for continued accelerated deployment. The trend to renewables is clear, and solar is a player. Solar, however, is only one of many renewable energy technologies. In the U.S., natural gas is currently cheap and is considered relatively clean. Interest in nuclear is high. Globally the transmission and distribution infrastructure is desperately in need of investment – even in industrialized countries. Spending on infrastructure will need to increase in order for deployment of solar to increase. Global economies are in many instances not robust. Nonetheless, momentum is strong, and 2016 will likely be another year of accelerated growth. The following is a list of fifteen things for watch for – or at least consider – in 2016.

1)    Climate change driven weather variability should be included in weather forecasting – past weather analyses for utility scale installations and for installations in development may need to be reconsidered.

2)    China’s softening economy, volatile stock market and sluggish manufacturing sector is encouraging government measures such as lower taxes and an increase in government spending (loans … debt); look for lower prices for Chinese imports that will depress prices for cells and modules for manufacturers from other countries.

4)    Eventually, sales of the popular residential solar lease had to hit a plateau, that is, the easy fruit would all be gathered up and the remaining fruit would take more effort to gather. The cost of sales is increasing for this category, which is becoming even more competitive – look for a strain on financials and a shift into the commercial category as well as deals for end users that might be good in the beginning and less good down the road.

5)    In the U.S., continued pushback on net metering and new fees for residential and small commercial PV system owners are providing pressure on the already highly competitive solar lease category.

6)    Low prices for wafers were painful for manufacturers in 2015 and many began shuttering capacity looking to encourage higher prices – there may be a temporary but short lived bump in wafer, cell and module prices.

8)    The Paris Agreement, the highly contested Clean Power Plan in the U.S., accelerated deployment in China and an overall global switch to renewable may encourage venture to re-enter solar in a big way – warning, if they repeat the investing and expectation mistakes of the past, the result will be as painful as it was in the past.

12)  Utility scale deployment (>50 MWp) will accelerate in the U.S. (investment tax credit extension) and China (government spending) while the meaning of utility scale will remain diffuse – that is, in the U.S., China, Chile and South Africa it means multi-megawatt (>50 MWp), while in some regions it simply means everything >1 MWp and off roof. Maybe it is time to reconsider this overused phrase.

13)  Ongoing trend to tender bidding or auctions to set feed-in tariff (FIT) or PPA rates will depress FIT and PPA rates globally, resulting in winning bids that will not support ongoing O&M or potentially construction.

14) Weak economies in some countries in Latin America and on the continent of Africa and civil unrest in the Middle East will affect the deployment of solar in those countries – or it will effect FIT and PPA payments.

15)  Investment in storage technologies will accelerate, and start up storage companies will multiply, though only a fraction will successfully commercialize their technologies – deep pockets and the ability to absorb losses will be necessary for success.

Can’t get enough global solar analysis? You can subscribe to discounted annual research reports by Paula Mints at the following links. Check it out!