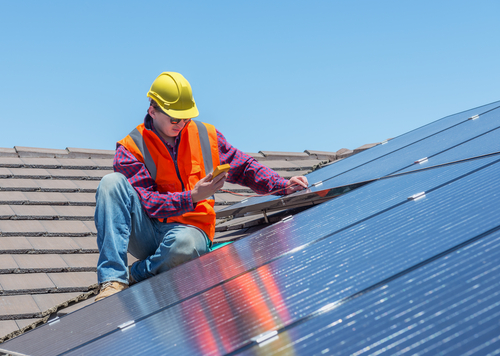 With 2014 National Electric Code (NEC) adoption in full swing, many are anticipating what the next version of the code will hold for the PV industry. The highest-profile addition to the photovoltaics section of 2014 NEC was the rapid shutdown requirement outlined in 690.12, which arguably became the most debated revision to that edition. However, the proposed 2017 NEC may drastically modify that rule to effectively require shutdown at the module level, which would have a dramatic impact on how systems are designed and installed moving forward.

The 2017 NEC language proposes reducing the 10-foot keep-out zone to a one-foot boundary with an additional 80V limit stipulation, effectively requiring a module-level disconnect. While this change was certainly developed with first responder safety in mind, it has left many to wonder if module-level shutdown really is safer. What data exists to demonstrate that safety increases are required? What past incidents involving first responder injury could have been avoided with module-level shutdown?

As is often the case with the evolution of PV in North America, we can look to European markets to offer some level of experience and guidance. A German study conducted by the Federal Ministry for Economic Affairs & Energy, TÜVRheinland, and Fraunhofer was completed in March 2015 and titled “Assessment of the Fire Risk in Photovoltaic Systems and Elaboration of Safety Concepts for Minimization of Risks.” The study concluded that PV systems do not pose any particular threat to fire department personnel, provided they comply with safety clearances just as with any other voltage-carrying electrical equipment. Moreover, the vast majority of European PV systems do not utilize module-level electronics and there has never been a governing body that has enforced a code mandating module-level shutdown.

An additional report issued by Fraunhofer, Europe’s largest application-oriented research organization, was completed in May 2015 and titled “Recent Facts about Photovoltaics in Germany.” The report offered updated statistics regarding first responder safety and revealed a considerably successful record. With more than 1.4 million PV plants installed in Germany, to date no firefighter has been injured by PV power while putting out a fire. This significant fact becomes even more telling when you consider it was achieved in a market that does not mandate rapid shutdown at all, let alone at the module level. The report goes on to state, “Comprehensive training courses for the fire brigade could eliminate any uncertainties firefighters may have. As with every electrical installation, depending on the type of electric arc it is also possible to extinguish a fire using water from a distance of one to five meters. Based on investigations to date, all of the claims stating that the fire brigade could not extinguish a house fire due to the PV system have been found to be false.” So, as 2017 NEC is being drafted and debated, we must ask ourselves: who is driving the revisions to 690.12 and what is their motivation?

The module-level electronics sponsors of this code revision are part of a small group of suppliers who can currently meet the requirements of the proposed 2017 NEC revision, thereby creating an economic boon for themselves while the health and growth of the industry at large suffers because many competitive (and equally safe) technologies are essentially blocked from the market.

While first responder safety certainly is important, we must also consider the safety of PV installers, who spend significantly more time on the project sites. If the industry is forced to move to a more aggressive or even module-level shutdown—which will not change the firefighters’ behavior—on the premise that it will protect them, where is the concern for installer safety five, 10 or 15-plus years down the road when they are on rooftops swapping out failed or worn out module-level devices? A very real risk comes with this increased time on the roof and it will be installers and service personnel who will be exposed to a higher potential for falls, which is a documented dangerous situation.

According to the U.S. Bureau of Labor Statistics, a total of 20,498 occupational fatalities occurred in the construction industry from 1992 – 2009. Of these deaths, nearly one-third (6,591) were attributed to fall injuries, with 2,163 fatalities resulting from roof falls.

“Fatalities from falls are the number one cause of workplace deaths in construction. We cannot tolerate workers getting killed in residential construction when effective means are readily available to prevent those deaths. Almost every week, we see a worker killed from falling off a residential roof.”

Ensuring Transparency and an Equal Voice for all PV Professionals

It is imperative that all relevant stakeholders in the PV industry take heed of the current direction of this code and become involved in the discussion and panel activities. We have an obligation to include solar installers, engineers, service personnel, trade organizations and equipment manufacturers of all technology architectures to ensure that a diverse cross section of the industry is represented instead of just a select few manufacturers who stand to gain the most from the code revision. Our goals throughout these exchanges should continue to hold the safety of first responders paramount while avoiding the creation of perceived danger (and perceived safety) that cannot be supported by statistical validation. We must also avoid the adoption of a code that essentially mandates the usage of a specific PV technology with a questionable effect on safety and a huge impact on the future potential of rooftop PV installations.

As part of this review process, it is important to take note of the PV industry co-sponsors of this code change (see page 5855 of NFPA public comments) and ensure that their motives are transparent and truly reflect a desired outcome of safety. As a matter of transparency, three out of the four PV industry co-sponsors represent module-level electronics suppliers, while many of the PV industry’s largest and longest tenured equipment manufacturers are absent from this group and oppose the revision. We mustn’t let the manufactured perception of danger dictate code revisions that purport to increase safety when no statistical evidence or technological justification exists to support those claims.