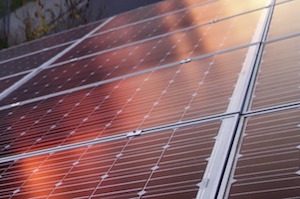 Early estimates from SolarPower Europe show that Europe installed about 8.6 GW of solar power systems in 2017, a 28 percent increase over systems installed in 2016.

“Solar in Europe is growing, this is good news for the energy transition; now we need the right policies in place to make sure the EU can fully benefit from our clean energy technology,” James Watson, CEO of SolarPower Europe, said in a statement. “If the trade measures on imported solar panels were removed, according to a DG Justice and Consumers study we could see an increase in solar self-consumption in the EU of around 20-30 percent.”

The EU last September set a minimum import price (MIP) on solar panels with a schedule for it to decline in 2018. In July 2018, according to the European Commission, the MIP will be:

According to SolarPower Europe’s early estimate for solar installations, the largest European solar market in 2017 was Turkey, which gridconnected 1.79 GW last year, followed by Germany at 1.75 GW. SolarPower Europe said that final figures could place Germany in first place.

The U.K., which dropped its solar incentive programs, lost its position as the leading European solar market. SolarPower Europe said that new installations dropped by 54 percent to around 912 MW in the U.K., from 1.97 GW in 2016.

“We are expecting strong growth in the coming years as several EU member states are choosing solar to meet their national binding 2020 renewables targets,” Michael Schmela, executive advisor and head of market intelligence, SolarPower Europe, said. “This makes perfect sense as solar is the most popular energy source among EU citizens, due to its low-cost, versatility and reliability.”