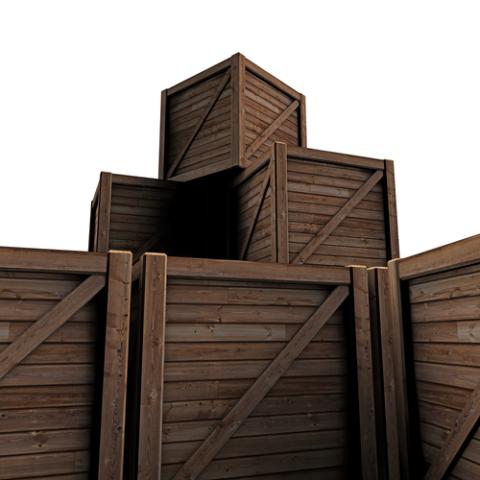 LONDON — The European Union is poised to penalize imports of Chinese solar products, a move that would increase Europe’s cost for most photovoltaic panels an estimated 45 percent overnight.

While officials from the U.S., China and the EU have engaged in preliminary talks to settle a dispute over trade in solar-energy products, according to people familiar with the situation, the EU yesterday said it will stick to its June 6 deadline to decide whether to impose import duties.

The EU proposal for tariffs would hurt manufacturers such as China’s Trina Solar Ltd. and raise costs to build power plants in Europe, the world’s largest market for solar products and one largely supplied by Chinese manufacturers.

Duties will trigger “an increase in prices that is a major concern for Chinese producers as well as developers in the region, who may find that many solar projects are no longer viable,” according to Jenny Chase, Bloomberg New Energy Finance’s chief solar analyst. “The proposed anti-dumping tariffs are higher than the industry expected.”

The penalties would target at least 20 billion euros ($26 billion) of goods from China for alleged dumping, or selling below cost. That won’t be enough to revive a withering solar manufacturing industry in Europe, according to Ash Sharma, a senior director of solar at research firm IHS Inc.

In Europe, more than two dozen manufacturers have sought protection from creditors since 2010 and many have shifted production to lower-cost factories in Asia. Germany’s Q-Cells SE, which was acquired last year by South Korea’s Hanwha Group, has its largest factory in Malaysia. Norway’s Renewable Energy Corp. has moved most of its manufacturing to Singapore.

“This really is too late to have a positive impact on manufacturing in Europe,” according Sharma. “Many makers have either exited the market or shifted production already.”

The EU move targets Chinese-made, silicon-based photovoltaic panels, and the cells and wafers used to make them. The average price of Chinese panels such as those made by Trina or Yingli Green Energy Holding Co. in Europe may rise an average of 45 percent to $0.97 a watt in June from this month, slowing demand in the region, according to IHS.

The tariffs also would have beneficiaries. They may open doors for low-cost Taiwanese and Malaysian producers such as solar-cell maker Motech Industries Inc. Motech officials weren’t immediately available to answer phone calls seeking comment. The duties don’t apply to thin-film solar panels, such as those made by Tempe, Arizona-based First Solar Inc.

The Obama administration has engaged in preliminary talks with the EU and China to settle disputes in their markets, according to people familiar with the discussions. The European Commission, the EU’s executive arm in Brussels, said in an e-mail yesterday its anti-dumping law doesn’t allow such negotiations before provisional duties are first imposed.

The China Chamber of Commerce for Import and Export of Machinery and Electronic Products hopes the bloc will start “practical” negotiations with China as soon as possible, Zhang Yujing, its president, said today in Beijing. The industry group said the EU rejected its proposal on solar exports.

Orta Solar Ltd., a developer of solar installations in the U.K., said the EU levy would force it to consider postponing more than 180 million pounds ($273 million) of solar parks. Andover, England-based Orta has built about 20 solar farms for 250 million pounds.

“We no longer know whether it will be economically viable to construct U.K. commercial-scale solar farms later in 2013 and beyond,” Orta Managing Director Nick Pascoe said in an e-mail.

Imposing duties in the EU would be “a lose-lose situation,” Terry Wang, chief financial officer of Trina Solar, said yesterday in an interview. “No one wins. Demand in Europe will be squeezed. It will drive out investors; they won’t invest because the margins are so low.”

Tariffs may drive many small installers and developers, which rely on cheap panels in the face of declining feed-in tariffs, out of business, said Thierry Lepercq, chief executive officer of Solairedirect SA, a Paris-based developer.

“If the duties are actually enforced, there will be no winners in Europe,” he said in an interview. European manufacturers of inverters and other components used in solar farms might also lose out as developers favor cheaper Asian alternatives, Lepercq said.

The U.S. began a probe against Chinese manufacturers in 2011 and imposed anti-subsidy and anti-dumping duties last March and May, while the EU started its own case in September after a complaint from local makers led by Germany’s Solarworld AG, which has lost about 77 percent in the stock market since 2011.

China responded by evaluating whether foreign polysilicon producers were dumping the raw material for solar cells in a case that hasn’t concluded.

In Europe, the advent of punitive duties is already pushing up panel prices from all regions and their approval will boost them further, Chase said.

The duty will increase their price an average 47.6 percent, a commerce official said on May 9. The preliminary decision is due before June 6 and will directly affect more than 100 Chinese manufacturers, the official said. A final ruling is expected in December. In a separate action, the EU may also impose anti- subsidy duties in August.

Europe accounted for more than half of the global market last year for photovoltaic panels, which convert sunlight into energy. Imports of Chinese solar panels alone were worth about 21 billion euros in 2011, EU data show.

The move highlights trade tensions with China over solar companies, which have grabbed market share from European rivals that once dominated the industry. Their fast expansion in recent years has led to a glut, gutting margins and tipping dozens of companies into bankruptcy.

The tariffs will affect Chinese companies including Trina and Yingli, the world’s largest solar manufacturer. Given tariffs are already in place in the U.S. and prices are low in China, the EU move probably will accelerate the consolidation of Chinese makers and result in more bankruptcies, Sharma said.

“When the duties go into effect, prices for Chinese modules will rise dramatically as the companies can’t absorb these additional costs due to the poor state of their balance sheets,” Sharma said. “This likely will force many module suppliers out of the market and could spur rising costs for installations.”

Chinese makers produce most of the modules, wafers and cells sold around the world, while polysilicon and the machinery to make them come mainly from abroad. With the exception of Suntech Power Holdings Co.’s main unit last month, solar bankruptcies have been so far outside China, mainly in Europe.

Prices for crystalline silicon-based panels, the most commonly used, slumped about 20 percent last year after dropping by half in 2011.

This took China’s market share for panels to about 71 percent compared with 10 percent for EU ones, according to data compiled by Bloomberg. In 2010 their share was 55 percent and 16 percent, respectively. China supplied about 78 percent of the world’s silicon wafers last year and about 67 percent of cells.

No European manufacturer is among the ten largest producers, according to the research firm.

The tariffs for Chinese imports would benefit makers from other low-cost countries such as Taiwan, Malaysia and Singapore, Chase said. In addition, companies in these countries may benefit from Chinese orders as makers shift production in a bid to avoid the tariffs. Taiwan is already the second-largest solar cell producer, with makers such as Motech and Neo Solar Power Corp.

The developers of large EU solar farms will be the most affected because they tend to favor low-priced modules and the panels represent a large share of their costs, according to IHS. Any major price rises would seriously deteriorate project returns and make them unviable in many areas.

The impact will be lower for smaller residential and commercial installations, which usually prefer German, Korean or Japanese panels, it said in a statement.

“The only winners here are a few European manufacturers,” Nick Boyle, chief executive of Lightsource Renewable Energy Ltd., the U.K.’s largest solar developer, said in an e-mail. “For everyone else this casts a shadow over the success of solar in Europe.”