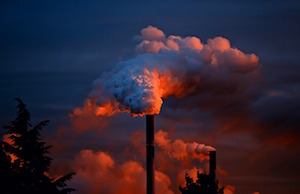 Statistics show most Americans want to protect our air, water and land from pollution. According to a recent Reuters/Ipsos poll, more than 60 percent of Americans would like to see the U.S. Environmental Protection Agency’s powers preserved or strengthened. Unfortunately, limiting restrictions on polluting is profitable for big polluters, including the fossil fuel industry, and they seem to have the upper hand right now. If reduced regulations did not boost the profitability for top executives in these industries and those who have invested in them, U.S. environmental protections would not be under attack the way they are now.

National Geographic, Sierra Club and many other organizations are keeping track of these reversals. The scale of these changes is truly alarming. As of January 2018, a whopping 67 Environmental Rules have been reversed since the 2016 elections. New reversals are coming in every day, from allowing new fossil fuel drilling in previously protected parks to making it legal now for coal companies to release sludge into rivers and streams.

Pundits and politicians who benefit from their relationships with fossil fuel companies and big industrial polluters like chemical companies, argue that environmental regulations are burdensome and bad for our economy because these protections cause job loss. The facts do not support that view however.

According to the U.S. Energy and Employment Report (USEER) from the U.S. Department of Energy (DOE) in 2016, solar energy employed more people than traditional coal, gas, and oil combined and created new jobs at an unprecedented pace. In 2017 NRDC reported that all US clean energy jobs combined surpassed fossil fuel employment. Other claims that environmental protections are destroying jobs for coal miners have also been proven untrue. Automation, cheaper clean energy and cheaper Natural Gas have had the most effect on the decline of coal. In fact, the most recent trends are showing Coal’s share of the power mix is still declining, even with reduced environmental protections and wind and solar remain the fastest-growing U.S. sources of electricity.

Although it’s clear most Americans are frustrated by the massive removal of environmental protections, the largest share of greenhouse gas emissions (almost 30 percent) comes from electricity production used to power homes and businesses and approximately 67 percent of that electricity production still comes from burning fossil fuels. So, homes and other buildings still produce the lion’s share of GHG. Despite the fact that the majority of people, including pro-environment homeowners and business owners, would prefer not to be contributing more pollution to our earth, many don’t change anything because misconceptions still exist that it is too expensive to switch to renewable energy like solar electricity.

The truth is, with solar power for example, homeowners can actually have solar panels installed for $0 down with a PPA (Power Purchase Agreement) and then pay a reduced rate for their electricity every month. In other words, homeowners who choose to go solar with a PPAliterally pay nothing to go solar to save on their home energy costs. This is one of the reasons why home solar adoption has been growing so fast in the USA. Homeowners can also purchase a solar system and generate revenue from the excess energy it produces. The payback for purchase is generally 5-7 years, after which the solar system begins generating profits for the homeowner. Either way, the benefits of solar are phenomenal for those who qualify.

So, the answer to the question “Is pollution good for your pocketbook?” is “yes” if you work for or benefit from promoting the fossil fuel industry or other big polluters, but “no” if you are an homeowner in the U.S. Ordinary citizens benefit far more from going solar or using other sources of renewable energy to power their homes or businesses.