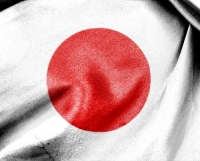 The Japanese government launched this program in fall 2009 and required the nation’s large investor-owned utilities (IOUs) to purchase excess electricity from PV systems (below 10 kW) owned by homeowners at a fixed, premium rate of 48 yen/kWh (~54 US cents/kWh) for the duration of 10 years.

2019 marks the end for those who enrolled in this program 10 years ago.

According to the nation’s Ministry of Economy, Trade, and Industry (METI), by the end of this year, the IOUs will stop purchasing excess electricity from 2 GW worth of PV systems owned by 530,000 homes in Japan.

What will these homeowners, known as “Post FITs,” do with their excess electricity?

Sell or store for self-consumption?

Thanks to the newly deregulated retail electricity market and corporations’ strong interest in “RE100,” they have multiple options to continue selling their PV surplus electricity.

This November, Shikoku Electric Power Company introduced a new program for the Post FITs. The power company will purchase surplus solar electricity and environmental attributes (renewable energy credits (RECs)) at 7 yen/kWh. In addition, these homeowners will receive one shopping award point per kWh from AEON. AEON is the largest retailer in Asia and Japan’s single-largest shopping mall developer and operator.

Shikoku Electric will provide the environmental attributes purchased from the homeowners to AEON and then AEON will apply the attributes to its goal to reduce CO2. AEON has joined RE100 with a target to source 100% renewable electricity to power its global business operations by 2050.

Daiwa plans to sell the purchased environmental attributes to RE100 companies and also utilize them for its own goal. Daiwa House Group has set a target to achieve 100% renewable electricity for its entire global operations by 2040.

Sekisui House, another Japan’s leading housebuilder and member of RE100, also has a similar purchase program as Daiwa under a “Sekisui House Owner Electricity” program. Sekisui pays 11 yen/kWh for its homeowners.

The homebuilder has already sold over 700 MW of worth of PV with its homes, which generate about 700 GWh of electricity annually.

Sekisui has a goal to achieve 50% renewable electricity by 2030 and 100% by 2040 for its entire operations, which consumes about 120 GWh of electricity a year.

The homebuilder expects every year over 10,000 Sekisui PV homeowners will become Post-FITs and if the homebuilder can get hold of 20-30% of the post-FIT generation, it will be able to meet its 100% goal.

Residential PV homeowners can continue getting cash out of their surplus electricity while RE100 companies get RECs to satisfy their goal to become 100% renewable powered.

It sounds like a win-win situation. But is it?

These RE100 companies are definitely putting money into renewables, by purchasing unbundled RECs from existing PV capacity, however their strategy is contributing to resales of existing projects, not driving new investment. They are not bringing new and additional renewable to the grid to help displacing demand for existing non-clean, non-renewable electricity. It does little to increase renewable electricity, thereby creating no improvement in the energy mix for the nation.

Besides purchasing RECs, these RE100 companies need to come up with high impact strategies to support and contribute to transformation of the nation’s energy mix.