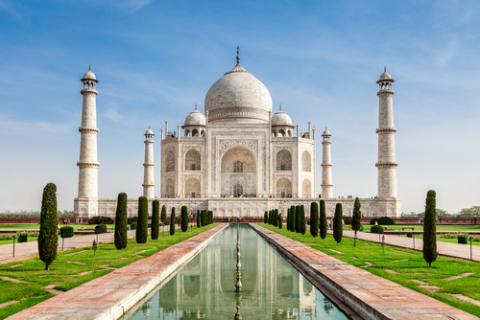 NEW DELHI — Narendra Modi hasn’t said much about how he’d govern India if he wins the general election in May. One thing is clear: he’s signaling a clean energy revolution to end blackouts and revive economic growth.

India for years has sought to modernize its ramshackle utilities and end power shortages that cripple industry. Swooping in by helicopter to open India’s biggest photovoltaic plant, Modi called for more environment-friendly ways to power the economy. The solar program in his home state lured investment from Essar Group controlled by the billionaire brothers Shashikant and Ravikant Ruia, and SunEdison Inc., backed by New York-based BlackRock Inc.

While Modi “could enable the speedy deployment of renewables by faster decision making,” it remains unclear if he would boost the industry’s scale, said Madhavan Nampoothiri, founder of Chennai-based RESolve Energy Consultants, citing a slowdown of new solar projects in Modi’s home state.

India has suffered a power deficit every year since at least 1984. Increasingly, the shortfall is hampering efforts to combat slower economic growth and Asia’s fastest inflation. The consumer-price index rose 8.1 percent in February from a year earlier, the Statistics Ministry in New Delhi said yesterday.

More than 400 million people lack electricity. Power retailers were behind on 155 billion rupees ($2.5 billion) of payments to their suppliers as of Jan. 31, reducing their ability to provide electricity to customers. Blackouts may spread as state utilities in Delhi, Haryana and Maharashtra slash consumer bills in a populist wave before elections. That’s jeopardizing a $31 billion government bailout of the industry, which requires companies to boost rates.

“The power sector needs tough politics, and the only person in politics today who might be capable of that kind of toughness is Modi,” said S.L. Rao, the head of India’s central electricity regulator from 1998 to 2001, according to his website. The utility industry “has reached a stage where either we change the whole system quickly or it will collapse.”

Rao, who was appointed to the regulatory body by an independent committee, said he maintains no political affiliation.

Modi, 63, is the chief minister of Gujarat. He and his Bharatiya Janata Party haven’t yet published an election manifesto. At the same time, he’s indicated he wants to reduce India’s dependence on coal, which generates 68 percent of electricity. The fossil fuel is supplied by state monopoly Coal India Ltd. at a 44 percent discount to global prices.

“We have to focus on generating more power from our abundant renewable energy resources,” Modi declared at a rally for 10,000 supporters in central Madhya Pradesh state on Feb. 26. “The time has arrived for a saffron revolution, and the color of energy is saffron.”

Invoking the three colors of the Indian flag, Modi pledged an energy overhaul that would rival the so-called green and white revolutions in the 1900s. Those turned India into a major agricultural exporter and the world’s top milk producer.

“God has showered our country with an abundance of renewable energy,” Modi told the crowd of poppy-seed farmers gathered near a sea of reflective solar panels. “If these renewable resources were exploited properly, we wouldn’t have required mining coal or spending so much on importing crude and petroleum products.”

He blamed Singh’s Congress party for presiding over a “country grappling in darkness.” He didn’t give details about his own policy. Opinion polls indicate Modi’s Hindu nationalist BJP will get the most seats as voters punish the ruling Congress party for the nation’s economic slump.

While Modi’s early backing of solar helped make Gujarat home to about 40 percent of India’s solar capacity, it also meant the state’s utilities signed contracts with developers at tariffs double prevailing rates before the technology’s costs plunged. His government hasn’t awarded any new solar projects in more than three years.

Industry executives believe Modi will act in favor of solar. “If Mr. Modi becomes prime minister, he has already articulated his wind and solar vision,” said Vineet Mittal, managing director of Welspun Energy Ltd., owner of the plant where Modi spoke. “I wouldn’t be surprised if he came out with a 200,000-megawatt target by 2025,” about 10 times Singh’s goal, though he said Congress would back renewables too.

For his part, Singh has spurred a 44-fold expansion in solar installations. India has 2,444 megawatts of sun power capacity, up from practically nothing in 2009. It’s forecast to be the sixth-largest market this year, behind China, Japan, the U.S., Germany and Italy, Bloomberg New Energy Finance estimates.

Singh’s administration intends to more than triple India’s solar capacity to 10,000 megawatts by 2017, enough for about 40 million Indian homes. It wants photovoltaics working as cheaply as coal by 2022. It’s on track to surpass those goals five years earlier than expected, aided by a plunge in solar prices and higher costs for oil, gas and coal, according to Tarun Kapoor, the joint secretary at the Ministry of New and Renewable Energy.

“Modi has been talking of his big ideas during rallies across the country, but he has been very, very frugal with specifics,” said Satish Misra, senior fellow at the Observer Research Foundation think tank in New Delhi, raising doubts about his ability to deliver in an industry where state administrations hold more sway than the central government.

India’s power grid is controlled by the states. Local governments ensure free or below-cost electricity to farmers while buying it from generators using ever increasing debt.

Modi tackled the issue in Gujarat by splitting electricity for agriculture from the rest of the market. Farmers get cheap power for only a few hours a day. Uninterrupted supply is guaranteed to paying businesses, households and industries.

Gujarat’s distribution utilities are the only ones with an A-plus rating from the Ministry of Power and its one of only two states that didn’t suffer a power deficit in the 10 months to February, according to Central Electricity Authority data.

“The renewable sector is very much driven by state chief ministers more than the central government,” Sumant Sinha, chief executive officer of Goldman Sachs Group Inc.’s ReNew Power Ventures Pvt., said in an interview. “Even if the central government gives the right policies, when it doesn’t flow down, it’s a problem.”