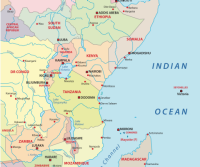 LONDON — Rwanda’s government has signed a Memorandum of Agreement (MOA) with the Goldsol II energy consortium for the construction of a 10-MW solar power plant in Kayonza, Eastern Province.

The US$20 million project, which will be among the largest such projects in East Africa, is expected to be operational by 2016.

Comprising of TMM Renewables, Gesto Energy Africa and 3E Power Solar, the Goldsol II consortium will initially carry out a feasibility study which will then develop into a long term agreement to generate, manage and distribute power.

Commenting on the development, Valentine Rugwabiza, the Rwanda Development Board’s chief executive officer, said: “The current installed generation capacity is close to 120 MW. The 2017 energy target is 563 MW to allow for affordable access to power to cover most of the country, which is currently at 19.4 percent to increase to 70 percent by 2017.”

The solar power project was awarded to the consortium through a competitive tender project run by the Energy Water and Sanitation Authority (EWSA).

Rwanda has established a solar energy target of 20 MW by 2017.