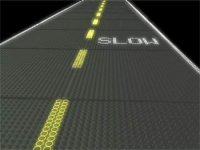 Idaho, United States [RenewableEnergyWorld.com] Solar Roadways announced that it has been awarded a U.S. Department of Transportation (DOT) contract that will enable them to prototype the first ever Solar Road Panel.

Solar Roadways said that its planned roadway upgrades could collect solar energy to power businesses and homes via structurally-engineered solar panels that are driven upon, to be placed in parking lots and roadways in lieu of petroleum-based asphalt surfaces.

The project, which RenewableEnergyWorld.com originally reported on in March 2008, calls for solar road panels that will contain embedded LEDs which “paint” the road lines from beneath to provide safer nighttime driving, as well as to give up to the minute instructions (via the road) to drivers (i.e. detour ahead).

The road will also be able to sense wildlife on the road and can warn drivers to slow down and there will be embedded heating elements in the surface to prevent snow and ice buildup, providing for safer winter driving. It is estimated that is will take roughly five billion 12′ by 12′ Solar Road Panels to cover the asphalt surfaces in the U.S. alone.