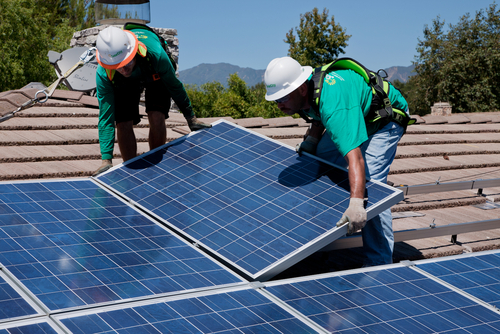 I have been following New Hampshire’s solar discussions closely because I am a victim of poor solar policy decisions that led to massive job loss in my home state. I lost my solar job in Nevada days before Christmas. Nevada legislators didn’t take action to protect the industry and regulators caved to utility demands. I do not want to see the same thing happen in New Hampshire.

If nothing else, I hope to share my experience to help other states avoid this kind of disruption.

My job was hanging by a thread for months. I faced severe uncertainty during Nevada’s most recent legislative session when policymakers debated a small net metering cap extension that we hoped would last through a Public Utilities Commission proceeding. Net metering, where consumers get fair credit for the energy they send to their neighbor and the greater electricity grid, is fundamental to any sustainable solar market. For months my colleagues and I warned that without net metering, the market would shut down.

Nevada legislators ultimately granted a small extension to the number of consumers who could adopt net metering. It gave us fleeting hope, but it wasn’t enough.The solar industry was left wishing that legislators had just allowed for a reasonable business environment to continue throughout the length of the Commission’s process instead of trying to put a number on it.

I was in limbo the entire time. I didn’t know whether I would get to keep my job or not. Facing uncertainty, I was forced to start looking for other opportunities: side jobs and freelance gigs. I started debating whether to transition into an entirely different industry.

I understand that New Hampshire is at a similar crossroads. Policymakers could act now to give solar workers certainty that their jobs will continue until the Public Utilities Commission does its work. I implore decision-makers to pass a bill that provides this certainty. I can’t tell you how difficult it is not to know whether your job will end or not.

Nevada not only experienced a gap in certainty ahead of the Commission process, but also lost net metering altogether once the Commission voted. Even though an independent study found that net metering is a financial benefit to all ratepayers, the utility used its outsized influence over Governor Sandoval and his three elected Commissioners to protect its monopoly and eliminate competition.

Unfortunately, I was the competition. Now I’m looking for work in a state that already had the third highest rate of unemployment in the country. There’s a lot to admire about Nevada, but no state should try to emulate our solar policies. My friends and I are looking for jobs, and tens of thousands of Nevadans no longer have the choice to power their homes with solar.

New Hampshire has the opportunity to create a more progressive path forward — a path that recognizes net metering as a fundamental policy for creating jobs, bringing solar to people of all incomes, and furthering the state’s clean energy leadership. I urge New Hampshire to provide this certainty, and to develop a fair and transparent regulatory process. If it does, I hope I can come work for your solar industry.