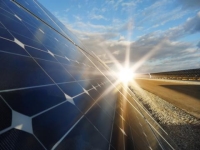 Texas, USA — The North Carolina Utilities Commission on July 3 ordered a solar power developer to respond to a Dominion North Carolina Power complaint that it may have broken a 15-MW power project into three 5-MW segments to slip it in under a 5-MW per project limit.

On June 26, Virginia Electric and Power d/b/a Dominion North Carolina Power filed a petition to intervene and complaint in these three dockets. DNCP noted that these three applications said that the companies intend to sell electricity to DNCP under a power purchase agreement (PPA).

“DNCP opines that the Gliden LLCs intend to seek a separate PPA under DNCP’s Schedule 19-FP, Power Purchases from Cogeneration and Small Power Production Qualifying Facilities, for each of the three Gliden LLCs’ facilities,” the commission wrote in the July 3 order. “DNCP notes that Schedule 19-FP is available only to qualifying facilities (QFs) having a capacity of 5 MW or less. DNCP sets forth a number of factors that it submits show that the facilities being built by the Gliden LLCs are virtually identical.

DNCP requests that the commission rule that the proposed facilities of the Gliden LLCs constitute one 15-MW facility for purposes of determining each Gliden LLC’s eligibility for a PPA under Schedule 19-FP. The commission gave these companies a July 28 deadline to respond to the utility’s complaints.

Said the Dominion complaint about project siting: “The CPCN applications of Tyner Gliden, Chowan Gliden and Gliden Jehu each identify Eugene N. Jordan, Inc. (‘Jordan, Inc.’) as the owner of the site that will be leased to the project company. Based on information contained on the Chowan County GIS, it appears that all three facilities will be located on a single parcel of property (Parcel No. 790300960213) owned by Jordan Inc. (the ‘Jordan Parcel’).”

Dominion added: “The Company acknowledges that if the projects are QFs, the Company is obligated to enter into an avoided cost contract with each Gliden LLC. The Gliden LLCs are not, however, eligible for a Schedule 19 contract for the reasons set forth in this Petition and Complaint. The Company does not seek a Commission ruling that each facility must be owned by a single entity. The Company recognizes that maintenance of separate corporate entities may facilitate the Gliden LLCs’ future ability to sell less than all of the Gliden LLC facility to third parties.”