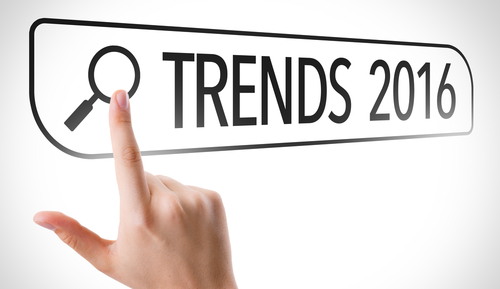 China’s solar PV industry has been in recovery mode since 2013. The capacity utilization rate of PV firms has improved, the sector steadily continues to grow and new technologies have been developed, while the PV makers have seen their margins improve. Looking into 2016, the sector is expected to maintain growth, thanks to favorable policies and increasing market demand.

Here are the major developing trends.

The top 10 module manufacturers in the country recorded an average gross margin of 15 percent. Many Chinese makers have begun to build plants overseas. In the first half of 2015, China’s module manufacturers achieved a growth of 8.9 percent in sales, 9.7 percent in net profit and 6.5 percent in average net margin. In 2016, worldwide polysilicon production is expected to reach 360,000 tons, of which China is expected to account for 180,000 tons. The price for polysilicon is expected to remain at 110,000 yuan ($16,000) per ton.

In 2015, the overall cost of production among Chinese PV makers shrunk to 90,000 yuan ($13,600) per ton, while the industry’s average comprehensive electricity consumption dropped to 100 kWh/kg, thanks to improved production processes. Meanwhile, production costs among leading module producers were reduced to 2.8 yuan per watt, as technologies for PV module encapsulation and anti light-induced degradation improved.

Investment in the Sector Continues to Rise, While M&As and Reorganizations Accelerate

China’s PV industry recorded 80.8 billion yuan ($12.3 billion) in investment for the first nine months of 2015, an increase of 35.8 percent from the same period of a year earlier, according to the Ministry of Industry and Information Technology. Many companies in the industry announced their plans for capacity expansion last year, according to EnergyTrend. Chinese PV companies have completed plants overseas with an overall cell production capacity of 1.7 GW and module production capacity of 2.3 GW. Last year, China’s Shunfeng International Clean Energy acquired both a Luoyang-based silicon company as well as U.S.-based cell module maker Suniva, in a move to further optimize its industry chain. Tongwei Group invested NT$850 million in Taiwan-based Gintech Energy. This year, Chinese PV companies plan to speed up their expansion plans in emerging markets, while aggressively pushing ahead their strategies to expand their global presence by building plants overseas and acquiring foreign makers.