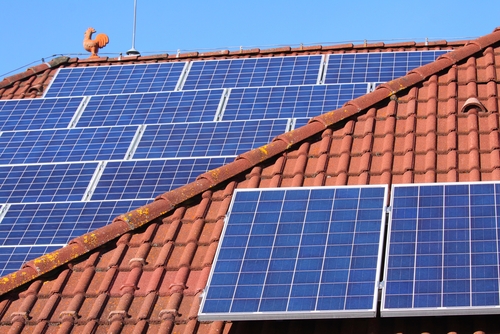 According to a new report released by EQ Research, wait times for the activation of residential solar PV systems in the U.S. rose 68 percent from 2013 to 2014. This development points to the rapid growth of distributed generation solar and highlights inefficiencies that are preventing utilities from meeting the rapidly increasing demand for grid interconnection.

Comparing Utility Interconnection Timelines for Small-Scale Solar PV finds that utilities’ inefficient application review processes are the primary contributing factor to the slowdown. In 2013, the median waiting period for application approval was 18 days. In 2014, that number increased to 25 days. Only six utilities surveyed in the report were successful at achieving reduced wait times.

EQ Research combined information received from a sample base of PV installers, in addition to 34 utilities located in 13 states and Washington, D.C. with large volumes of net-metered residential solar systems. The report’s primary focus was on residential PV systems smaller than 10 kilowatts (kW).

Another perhaps more troubling finding in the report is the spike in the number of permission to operate (PTO) denials handed down by utilities based on safety and grid reliability concerns. According to the report, only three utilities in two states issued denials in 2013. In 2014, that number jumped to 14 utilities across seven states. The highest number of PTO denials were issued by HELCO in Hawaii, accounting for nearly 36 percent of all applications received by that utility.

The report indicates PTO waiting periods are likely to continue to rise unless utilities take steps to streamline the interconnection process. Such efforts include the installation of automated online application systems, which cut processing time and reduce human error. Others include software programs that manage and track projects on the individual level, and streamlined internal review procedures. Although utilities that adopt streamlined practices experience increased customer satisfaction and high cost savings, many have yet to make significant headway in this area.

Chelsea Barnes, Policy Research Manager with EQ Research, said this is a result of utilities failing to make application processing a top priority. “Unfortunately, interconnection isn’t a major source of revenue for utilities, so they are unlikely to devote more resources to it unless they see an opportunity for cost savings,” Barnes said.

One of the possible consequences of extended approval times is the impact on word of mouth marketing, which Barnes said is important to the adoption of solar. “Studies have shown that peer pressure, or an effort to ‘keep up with the Joneses,’ is the most significant driver for solar adoption,” Barnes said. “If your neighbor has solar, you’re more likely to want solar, too. But if your neighbor tells you about how frustrating it was, or about how they were on the phone with the utility all the time trying to move the process along, you’re probably not going to be motivated to go through the same ordeal.”

Barnes said she expects delays to increase as the number of residential PV installation systems continues to grow. “If utilities aren’t modifying their processes to accommodate increasing demand, applications are going to continue to pile up,” Barnes said, adding that the onus is on utilities and regulators to begin thinking outside of the short term.

“Distributed generation is becoming a significant part of the electricity portfolio,” Barnes said. “We have to start incorporating it into long-term resource planning and grid modernization.”