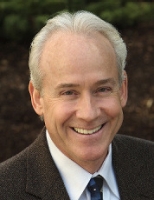 In the name of energy we suffer the indignities of rising prices and shortages. We warm the climate, deplete the ozone layer, pollute our air, poison our environment with acid rain, dump tons of mercury into our oceans each year and wage wars. As Americans we also cultivate a dangerous dependency on foreign sources of fossil fuels that weakens our national security.

March 8, 2004 [SolarAccess.com] Where does the world get its energy? According to the Energy Information Administration, worldwide consumption comes from Petroleum (39%), Coal (25%), Natural Gas (22%), Renewables, (primarily hydroelectric, 8%) and Nuclear (6%). By 2020 the world will be burning 120 million barrels of oil a day. Natural gas consumption will shoot up from 90 trillion feet in 2001 to 176 trillion cubic feet in 2025. By 2020 we’ll be pumping 9.8 billion tons of carbon dioxide – the primary culprit in global warming – into what remains of our atmosphere. How long will the party last? At current rates of consumption, our oil reserves will last 45 years, natural gas 70 years and coal – the world’s most abundant and polluting fossil fuel – somewhere around 200 years. America’s appetite for energy is voracious. According to the Center for Sustainable Systems at the University of Michigan we spend the energy equivalent of 3 gallons of oil, 20 pounds of coal and 221 cubic feet of natural gas for every man, woman and child in America. In the year 2000 we spent $703 billion on energy. Put another way, with less than 5% of the world’s population we consume 24% of the world’s energy. By comparison, Germany, with 1.4% of the world’s population uses 3.6% of the world’s energy. China’s population, 20% of humanity, consumes 10% of the world’s energy. The fossil-fuel party might end sooner than expected. In a world hungry for energy, so called “current rates of consumption” increase by the day. Fossil fuels are burned to produce energy and electricity, and the developing nations want their share. China, India, Latin America and the rest of Asia will help grow worldwide demand for electric power by 59% over the next two decades. Yet all the while – as we protect, defend and use up the finite supply of fossil fuels, while we burn it up and deny it to future generations – we steadfastly turn a blind eye to an unlimited fuel supply, oceans of it, the same fuel that powers the sun. That fuel is hydrogen. Hydrogen, bound with oxygen makes water. Hydrogen is the simplest element known to man. An atom of hydrogen has only one proton and one electron. It is also the most abundant gas in the universe and the source of all the energy we receive from the sun. Hydrogen does not exist naturally on earth and is found only in compound forms such as water, methane, coal and petroleum. Hydrogen as a fuel is currently produced by a process called “steam reforming”, where high-temperature steam separates hydrogen from carbon or by “electrolysis” which splits water into its basic elements, hydrogen and oxygen. Hydrogen is a clean-burning fuel that produces water vapor as its by-product. Hydrogen can be made from water and when burned it turns back into water. Sounds simple, but it takes energy to make hydrogen from water. So the question becomes: is there a way to make hydrogen without burning fossil fuels and continuing on this relentless path of depletion and pollution? There’s a furnace 93 million miles away that keeps us alive on this planet. A very small portion of the energy radiated by the sun – one part in two billion – strikes the earth. Just one day of that solar energy is enough to supply all of the US energy needs for one and a half years. We have the technology to capture and use it – but we’re shortsighted, deferring to the convenience of fossil fuels and ignoring the problems they entail. The vast and readily available energy from the sun isn’t news. The technology has been developed to use the heat from the sun to produce hydrogen as an energy source. It’s a fantastic energy loop. The heat from focused solar energy can be used to power engines that produce electricity with no pollution. That electricity, in turn, can be used to separate the hydrogen from water. That hydrogen can then be used as a fuel. Yet, even though we have this practical, hands-on knowledge, even though we have proven technology we continue to take baby steps to prevent that deadline when our oil and natural gas – and sooner or later our coal reserves – will be exhausted. Once these fuels are gone, burned up in the short space of a few hundred years, they are gone forever. Hydrogen is in use today. Prototype cars using fuel cells, run on liquid hydrogen are on the streets today. Fuel cells using hydrogen for heating systems are now being sold in Europe. Busses powered by hydrogen are running in New York City. We can end our energy dependence and despoiling of the earth’s environment with a concerted program to develop hydrogen as the world’s next fuel, a fuel that will last humanity tens of millions of years. It’s also worth noting we have existing, proven technology to use that energy from that solar furnace to produce electricity instead of burning up our precious, finite fossil fuels. Hopefully, that transformation will come about when enough of us raise our voices and urge our government representatives to move toward a clean energy economy based upon renewable fuels. A good first step is to contact your public officials. Governors, Senators, Congressional representatives and clean air agencies are listed in the Yellow Pages of the phone book and all are available on the Internet. For immediate action, you may voice your opinion by filling out a form on the Natural Resources Defense Council web site. It will be forwarded for you. That web site is www.nrdc.org. Click on Energy Debate Gets Serious. About the Author… David Slawson is CEO of Stirling Energy Systems based in Phoenix, Arizona, SES is a renewable energy company using solar heat to produce electricity and hydrogen