London, UK — Taiwan is set to blaze a trail in renewables development with its major policy initiatives that are designed to at last exploit the country’s extensive renewable resources.

The island state of Taiwan sees renewables as an important route to greater security of supply than is possible through its current heavy reliance on imported fossil fuels.

Security and independence are live issues for many reasons in Taiwan, which is still the subject of a long-standing sovereignty claim from its giant neighbour China, even though relations between the two have improved and trade links are healthy – not least in the area of solar equipment.

After a delay of some eight years, in June 2009 Taiwan finally passed its Renewable Energy Development Act (REDA), the key legislative framework that it hopes will kick-start a boom in renewable development in the nation of 23 million people. The act consists of a familiar mixture of obligations and incentives that are designed to achieve a 16% share of installed capacity for renewables by 2025 against an estimated 8% (dominated by hydropower) in 2010, according to figures from Taiwan’s Bureau of Energy (BoE), part of its Ministry of Economic Affairs.

This reflected the fact that the most startling expected growth figure cited in the BoE’s long-term renewables targets is in PV capacity, which it expects to increase from just 19 MW in 2010 to 2 GW 15 years later. Taiwan is in the curious position of being one of the global powerhouses of PV technology manufacturing, while generating relatively little solar photovoltaic electricity in its own backyard. The REDA incentives are intended to enable a PV build-out that would create a domestic infrastructure more worthy of its status as a producer of cells and modules (see box panel).

However, the solar feed-in tariff has already been the subject of controversy. The 2010 tariff was originally promoted on the basis that a project would qualify for the 20-year guaranteed rate provided an agreement with Taipower, the dominant state-owned utility operator, was signed last year. The BoE caused consternation among developers in late 2010 by announcing that the feed-in tariff payable would now be determined by when the project actually begins operations, leaving many facing the prospect of a significantly less generous 2011 rate that could be up to 30% lower, depending on the project’s size. 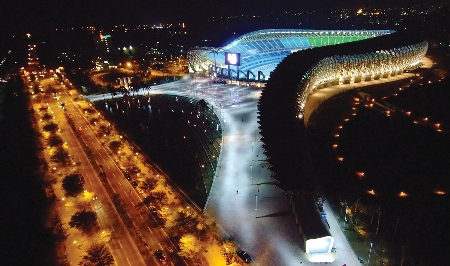 The government said the reduced tariff reflected a downturn in solar equipment costs and claimed that the previous rate would amount to an unjustifiable level of subsidy. Solar investors – some protesting outside parliament – argued that the about-face would leave them saddled with start-up costs that were calculated on the basis of a guaranteed return that no longer exists, unfairly delaying a return on investment. They also claimed that delays in completing projects were due to factors beyond their control, not least the amount of bureaucracy.

Whatever the merits of both sides of the argument, the controversy reflects the slower than expected progress in solar since REDA was enacted.

As little as 10% of the MW capacity of project agreements signed is estimated to have actually been installed last year, says Thomas Maslin, a senior analyst specialising in solar power for IHS Emerging Energy Research.

Maslin says the slower than hoped-for progress of Taiwan’s domestic solar build-out will disappoint its policymakers, but is perhaps not altogether surprising. ‘Based on what has happened in similar situations elsewhere, my guess would be that even though the high feed-in tariffs should have been attractive, there just wasn’t the capability on the downstream side to build-out as hoped, especially when starting from scratch,’ he says.

Even the central role of Taipower could not make up for the fact that the pre-existing local project design-and-build capability struggled to match the stellar success of its export-led technology giants, adds Maslin.

‘Manufacturing cells and wafers far upstream at a very industrial scale is a very different thing to building capability for large-scale deployment downstream. Part of the initial rationale may have been that they could offset some of the risks to technology suppliers in Taiwan of foreign markets, which are very volatile for PV,’ he says.

The reduction of the feed-in tariff for solar makes any sharp upturn in domestic build-out less likely, argues Maslin. ‘Cutting it was not an unusual thing to do right now, as prices have fallen across the entire supply chain. They seem to be mimicking what has happened in Europe and trying to keep the returns on projects to a reasonable level. The problem is that even the very generous feed-in tariffs they had in the past weren’t stimulating the kind of activity expected, so if they cut it by another 30% you wonder if they’re going to get the momentum they want behind build-out.’

All of this does not detract from Taiwan’s ongoing success story as a technology producer for PV installations across the rest of the world, and Maslin believes that the island will continue to rely on demand in Europe and North America for the foreseeable future.

Even though he observes a slight price disadvantage to Chinese competitors, Maslin says Taiwan remains competitive in the global market and has a lot going for it. ‘Its approach has been to build on its long history in the sector with names such as Motech, the fact that they have long-term agreements with module manufacturers and that the technology is generally seen as higher quality than a lot of what it coming out of China.’

This has allowed Taiwan to develop a useful ‘in-between niche’ in the market, says Maslin, and a resulting price premium that its producers are becoming more adept at protecting.

If Taiwan’s PV success is likely to stay centred around exports, it has significant ambitions for its most obvious natural asset – the oceans that surround it and the winds that blow there.

The nation’s industrial sector announced its offshore ambitions at the end of 2010 with the formation of the Taiwan Offshore Wind Power Alliance – made up of 18 companies from the region’s energy, engineering and manufacturing sectors – and plans to set up Taiwan’s first offshore wind farm in Changhua County, according to local reports. Commercial operations are due to begin in the second quarter of 2013 with its first two 5 MW turbines. If all goes to plan, these will be joined by a further 122 machines by the end of 2016.

Late 2010 also saw the Taiwanese government unveil its own plans for an 8 MW offshore wind demonstration project off the Penghu Islands, to be operational by the end of 2012. Penghu – a cluster of 90 small islands off the western coast of the Taiwanese mainland – is set to become something of a showcase for the country’s renewable and low carbon credentials.

The government has pledged support to turn Penghu into Taiwan’s first low-emission county by 2015. Plans include 96 MW of onshore wind capacity, solar energy initiatives and the creation of recharging infrastructure for electric mobility. According to Taiwan’s Council for Economic Planning and Development, this should enable 56% of Penghu’s energy needs to be met from renewable sources by the end of the five-year programme.

Penghu will also play a major role in Taiwan’s efforts to harness ocean energy, a high priority technology for the government and ITRI. The national target is for a 200 MW installed capacity by 2025.

With around 1500 km of coastline and a sub-tropical environment, Taiwan has been investigating two main strands of ocean energy development since 2005, when its National Energy Conference formally decreed it a priority.

One is Ocean Thermal Energy Conversion (OTEC), in which the country is at the forefront of global research thanks to ITRI’s collaboration with Lockheed Martin of the US. The second focus of Taiwan’s ocean push is to unlock the considerable potential of the waves and tidal currents around its shores. According to ITRI, studies have shown that the north-east offshore region of Taiwan has a wave energy potential of several hundred megawatts, while the east coast’s Kuroshio path and the Pescadores Channel (off Penghu) have tidal current energy that could theoretically be tapped at gigawatt scale.

The BoE was impressed enough by this potential to fund ITRI to carry out a three-year study of the detailed requirements and impacts of installing wave energy conversion systems.

ITRI’s wave energy investigations have included close co-operation with the UK, a fellow island nation. The Taiwanese organisation has worked closely with Aquatera, an environmental and renewable energy consultancy based in Orkney, Scotland, site of the European Marine Energy Centre. Taiwan and the UK have also held several joint workshops dedicated to marine renewables. Indeed, ITRI has built a significant portfolio of external collaborations in the renewable energy sector, many building on Taiwan’s expertise in the PV technology sector. International initiatives include work with DuPont on PV-conductive paste, with Nissan Chemical Industries on module materials and Reifenhauser of Germany on optical film.

Collaborations such as these serve to underline Taiwan’s strong position as a technology and equipment supplier to the world’s renewables industry. This may not yet be matched by its domestic infrastructure but the country does boast a number of flagship projects either completed or in progress.

One is the 59 MW concentrating photovoltaics (CPV) plant under development by Ya-Fei Green Energy and Guascor Solar of Spain. The new facility, due to begin operation later this year, is the most ambitious CPV plant in the world and would be the main contributor to a sharp growth in Taiwan’s PV capacity in 2011 if it comes on-stream as planned, said analysts Frost & Sullivan.

Other Taiwanese landmarks include the Y.S. Sun Green Building Research Centre, the country’s first zero-emissions building, which was officially opened in January at the National Cheng Kung University (NCKU), Tainan.

The building, also known as Magic School of Green Technology, boasts 13 distinct sustainable design approaches and technologies which contribute to an energy consumption reduction of up to 65% compared to standard alternatives, according to NCKU.

These include a distinctive roof that features a leaf-shaped solar array and is designed to act as a ‘sunshade’ for the main structure beneath. This blocks the majority of the direct solar radiation from entering, allowing the air conditioning system’s power consumption to be significantly reduced, said the designers.

The Taiwanese project to achieve the highest international profile so far is the main stadium used for the 2009 World Games in the port city of Kaohsiung. More than 8800 solar panels are integrated into the stadium’s roof, providing up to 75% of the venue’s energy needs when an event is held and feeding electricity to the grid when it is not in use. Total output of the stadium is up to 1.14 GWh a year.

They are unlikely to be Taiwan’s last showpiece projects, now that a country with such a formidable record as a manufacturer has turned its attention to its own renewable energy credentials.

Taiwan is a major supplier of PV cells and modules, with 2010 cell production expected to reach 3 GW.

The growth is driven by companies such as Motech, the world’s second biggest PV cell producer, with a claimed manufacturing capacity of more than 1 GW.

Taiwan’s success in PV components developed from its long heritage in the semiconductor sector. These days, the nation’s semiconductor foundry giants are after a piece of the solar action. Taiwan Semiconductor Manufacturing Co. (TSMC) is a 20% stakeholder in Motech and is steadily increasing its own cell production capacity.

The growth is music to the ears of Taiwan’s government, which in 2009 launched its ambitious ‘Green Energy Industry Sunrise Plan’ to support the development of the country’s PV technology sector.