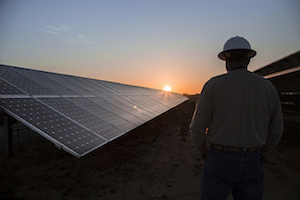 Earlier this month, Reuters reported that the Trump administration’s tariff on imported solar panels had caused U.S. renewable energy companies to cancel or otherwise freeze a hefty $2.5 billion in large-scale installation projects. It’s the latest data point in an ongoing saga that first truly came to a head on Monday, January 22, when the Trump administration announced its final decision about whether to impose a tariff on imported solar modules, and if so, how big that tariff should be.

The news—now intimately familiar to anyone within a stone’s throw of the domestic solar industry—was not good. Imported solar cells and modules would be subject to a 30 percent import tariff in year one, which would then decline over a period of four years. Amidst a backdrop that included the U.S. withdrawal from the Paris climate accord in summer 2017, Bloomberg called it Trump’s “biggest blow to renewables yet.” But was it really?

Undoubtedly, the tariff has had real impacts and put a damper on the domestic solar industry’s meteoric rise, even before the January 2018 final ruling. Reuters’ recent reporting seems to affirm early concerns.

In the immediate wake of the ruling, analysts estimated an 11% reduction in U.S. solar installs across the five-year period 2018–2022 (more recently upwardly revised to a 13 percent reduction). That equates to 7.6 GW of solar that won’t get built. Some states would be harder hit than others. In fact, just 10 states are forecasted to account for more than 55 percent of the reduced solar capacity.

By all accounts, the U.S. solar industry will weather this storm and eventually recover. But the industry is also undoubtedly amidst difficult times, and some short-term damage has been done. Or has it? Could what amounts to a “simple hack” undo the whole effect of the tariffs, at least by one measure?

Gigawatts of reduced forecasted solar capacity additions are just one way to measure the tariff’s impacts. Jobs and dollars of solar investment are two others that come immediately to mind, and we’re certainly seeing an impact there. But then there’s also the ever-present climate question of how extensively and how rapidly the U.S. will decarbonize its electricity supply, including through the nation’s fast-growing solar PV generating capacity. And that’s where we might find a compelling silver lining in this story.

Yes, the import tariffs dampened the domestic solar market. But lots of solar will still get built. The Solar Energy Industries Association is forecasting 10+ GW of new solar in 2018 alone, roughly equal to 2017’s year-end numbers. Analysts forecast more than 37 GW of new utility-scale solar across 2018–2022.

We here at WattTime thus wondered: Of the new U.S. solar capacity that will still get built despite the tariffs, could more-strategic siting of that solar generate additional climate benefits that would effectively negate the impacts of the tariff?

Such a question is rooted in the idea of emissionality. Solar energy’s climate value is not necessarily in the zero-emissions qualities of those shiny solar modules, but rather in how their clean generation displaces emissions-producing, fossil-fueled generation. Emissionality is the shorthand term that captures this concept—that renewable energy displaces fossil-fueled emissions—and some renewable energy projects have stronger emissionality benefits than others.

This metric is thus much more useful in climate discussions, because it correlates with the change in total grid emissions as a result of a renewable energy project. Renewable energy projects that displace dirtier power provide more benefit, plain and simple. That quantity of avoided emissions can vary from location to location, depending on the local grid mix and what marginal power plants new installed solar capacity is actually displacing.

That one simple hack—optimizing renewable energy investments (especially strategic siting of projects) against this new, better metric—can allow us to have much more climate impact with a fixed amount of investment. Each megawatt of new renewable capacity can in essence live up to its fullest climate potential. But how much more impact can we really unlock through this hack?

Hence our core question: Looking at the 10 states most heavily impacted by the tariffs, how much potential avoided emissions would be “lost” to the tariffs via solar that doesn’t get built. And could we make up that difference (or more!) through better siting of the new solar that still will get built.

To answer the first half of the question, we analyzed the solar forecast reductions across the 10 states and found 3.5 million metric tons of CO2 emissions that will remain on the grid because of the tariff impacts.

To answer the second half of the question, for those same 10 states we analyzed the known, new planned solar installs across the period 2018–2022 from the February 2018 edition of the U.S. EIA’s Electric Power Monthly, which totaled more than 9 GW of projects 1 MW or larger. In that analysis, we compared their potential total avoided emissions as planned and then redeployed those same 9 GW geographically to optimize for avoided emissions to see how much additional benefit we could capture through more-strategic solar siting.

The results were nothing short of exciting: at least 3.6 million metric tons of extra CO2 emissions savings, and potentially more. In other words, by maximizing the emissionality benefits of to-be-built solar, the U.S. solar sector could fully offset the lost emissions benefits of solar that won’t get built because of the import tariffs.

Now, we know that redistributing 9+ GW of planned, in-pipeline utility-scale solar PV won’t actually happen. Solar developer site control, interconnection positions, permitting, sunk investments, signed power purchase agreements (PPAs), and a host of other factors mean that we can’t simply reshuffle the country’s planned, new solar capacity like so many pieces on a chess board. Yet as a theoretical exercise, the takeaway message is hopefully loud and clear: thinking more strategically about where we build new renewable energy capacity in this country can greatly magnify its positive impact.

All sides of the clean energy and grid decarbonization equation can take some ownership in this incredible opportunity: utilities, renewable energy developers, corporate offtakers, regulators and policy makers. Import tariff or not, as the U.S. solar industry grits its teeth and forges ahead through the next few years of tariff impacts, this opportunity of more-strategic solar siting can be a rallying point around which we all say: let’s do this. 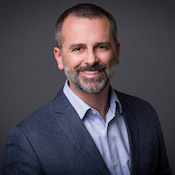 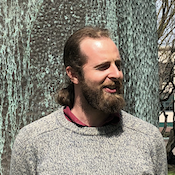 Peter Bronski (left) consults on cleantech marketing and communications for organizations such as Energy Web Foundation, WattTime, and Coronal Energy. He is the founder and CEO of Inflection Point Agency and the former editorial director at Rocky Mountain Institute.

As an analyst at Wattime, Henry Richardson helps WattTime’s partners and collaborators understand how they can affect the electric grid and achieve the greatest reductions in greenhouse gas emissions, whether through location-based differences or automated emissions reductions.