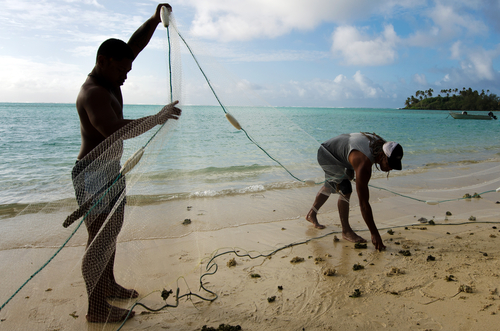 The Cook Islands in the South Pacific is on track to become 100 percent renewable by 2020, it was revealed on Jan. 17.

In fact Prime Minister Henry Puna said that the 15 islands that lie southwest of Tahiti would generate 80 percent of its electricity from renewables by the end of 2017.

“We have no difficulty upscaling to renewables,” he told a high-level energy debate organised by the Financial Times and the International Renewable Energy Agency in Abu Dhabi.

The islands made its renewable target only in 2010 in a bid to wean itself off a reliance on imported diesel-generated power.

Now, according to Puna, the country has so embraced renewables that it cannot move fast enough to integrate the clean energy.

“Our problem is technological,” he said. “The grid cannot accommodate all the renewables that are ready.”

The Asian Development Bank and the European Union have together contributed more than $18m to get solar projects off the ground, while the islands’ government has added $5.83m.