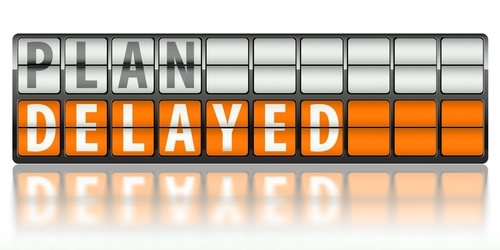 MUMBAI — India, planning $1.4 billion of solar-thermal power stations, expects half of the projects to be delayed and some to be scrapped as U.S. supplies stall and dust-clouds diffuse the radiation required to drive generation.

Of the 500 megawatts of projects due to be completed in February and May, only a third of that capacity may be ready on time, said Tarun Kapoor, joint secretary at the Ministry of New and Renewable Energy. Three of the 10 ventures are unlikely to be built, he said in an interview in New Delhi.

The delays are a blow to General Electric Co., Siemens AG and Areva SA, which have acquired stakes in solar–thermal equipment makers since 2009 on the expectation the technology could compete with coal- and gas-fired power. Solar–thermal plants, which focus sunlight on liquids to produce steam and drive turbines, can store energy, allowing electricity to be delivered around the clock.

Developers have delayed five plants, or 320 megawatts of capacity, because they’ve been unable to get heat-transfer fluid from the only two U.S. suppliers, according to Kapoor, who said those suppliers are backed up with orders. Companies such as Lanco Infratech Ltd. have also reported high dust levels in the desert areas where many plants are built. The dust particles scatter the sun’s rays, reducing the direct solar radiation that can reach a plant’s receptors.

“Solar–thermal projects are heavy engineering projects, carried out in hostile conditions, and even the most experienced firms have built only a few, and not always with perfect success,” said Jenny Chase, head of solar research at Bloomberg New Energy Finance. “It’s not surprising delays are common.”

Areva has already scrapped a 250-megawatt solar–thermal complex in Australia this month after failing to get government funding. In India, the solar–thermal program had generated orders for about $150 million of turbines from suppliers including GE and Siemens, which could now be affected.

The government hasn’t decided whether it’ll penalize projects that miss completion deadlines, according to Kapoor. “We don’t want them to fail,” he said. “We want to see them built.”

India has promoted solar energy to boost generation capacity and cut chronic electricity shortages. Insufficient coal and gas for conventional thermal-power plants has prompted the central government to hold clean-energy capacity auctions as it pursues a solar output target of 20,000 megawatts by 2022, a 20-fold increase.

Solar–thermal technology is valued for its ability to store energy, while solar photovoltaic plants convert sunlight directly into electricity and need batteries for storage. Both technologies have benefited from government incentives.

Areva predicted in 2010 that global use of solar–thermal power would grow about 30-fold this decade. Even with state support, some developers have favored the alternative photovoltaic technology after the cost of the silicon panels it uses plunged 56 percent in two years amid a supply glut.

“The declining cost of photovoltaic technology puts pressure on governments and developers planning solar–thermal electricity generation,” said BNEF’s Chase, who calculate ssolar–thermal power costs at a minimum $140 a megawatt-hour, compared with $100 for photovoltaic. “It’s not always easy to justify the extra cost.”

A Reliance Power Ltd. project using an Areva reflector system that doesn’t require heat-transfer liquid is proceeding on time, Kapoor said. Godawari Power & Ispat Ltd. also expects to meet the May deadline after obtaining supplies of the fluid, he said. Aurum Renewable Energy Pvt., which also planned to use a reflector system, hasn’t made any progress, he said.

Siemens decided to offer its unprofitable solar–energy division for sale in October. The business grew out of the acquisitions of solar–thermal companies, including Solel Solar Systems for $418 million in 2009.