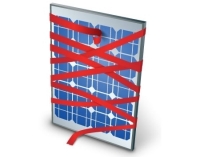 In what will likely become a new national model for lowering solar fees, the Fair Permit Act flew through the legislature by surprisingly large majorities, passing the Colorado Senate on a 33-2 vote and through the House 64-1. The bipartisan legislation was sponsored by Representative Bob Gardner, Senator Bob Bacon, and Senator Shawn Mitchell. It now heads to Governor Hickenlooper’s desk to be signed into law.

Most solar installations require a permit from a local government or state agency, which can add about $2,516 per U.S. residential installation on average and can exceed $100,000 for large-scale installations, according to a recent national study. In Colorado, state permit fees more than doubled last year and local fees and processes vary widely by region. In some communities, government permit costs can exceed the labor costs to install a solar system.

In 2007, local permitting and inspection added 13% to what a homeowner would spend on solar installations, today they add about 33% even though many permit processes have little or no impact on safety.

The Fair Permit Act limits solar permit and related fees to a local government’s actual costs in issuing the permit, not to exceed $500 for a residential installation or $1,000 for a commercial system. This legislation also closed loopholes and improves transparency in the permit process.

While some communities already keep permit fees low to promote economic development and cleaner energy, the Fair Permit Act will help lower the cost of going solar in other communities by thousands of dollars.

The U.S. Department of Energy, through its SunShot Program, has recently set a goal to reduce permit and inspection costs by 88% by streamlining processes and reducing unnecessary fees.