An explosion at a San Antonio power plant this week either bolstered the utility’s case for rate hikes to keep up with infrastructure maintenance demands or those of some critics who say the aged J.T. Deely coal plant — scheduled for decommissioning ahead of schedule in 2018 — should be shut down as soon as possible.

According to CPS, the small explosion occurred just before 11 a.m. Tuesday after coal dust in one of the silos caught fire, doing damage to the cascade building atop. Coal is fed into silos before it is pulverized and moved into the plant itself, where it is used to produce energy.

Two employees suffered minor injuries from falling debris, utility officials announced today, and the plant will remain offline as an investigation into the causes of the accident continues.

The explosion came the day after the utility hosted a public hearing on a proposed 4.75-percent rate hike expected to be voted on by San Antonio City Council possibly late next month and implemented in 2014. Similar rate increases are expected to also be sought by the city-owned utility in 2016 and 2018, CPS CEO Doyle Beneby told a crowd of about 50 on Monday night.

“When you’re in a growth period and, especially today when we have to comply with environmental regulations, it does require you to invest more capital which generally translates into consistent rate increases,” Beneby said. ”We’re hopeful that in the years after 2020 those should come way down.”

Beneby (left) has often spoken of the adverse health risks posed by Deely’s air pollution to area residents as a reason for closing the plant ahead of schedule, a decision announced after a promised $500-million pollution-limiting scrubber project was scrapped. Since announced two years ago, the shuttering has crept from closure “by” 2018 to “in” 2018. Now a letter from a coalition of area environmental groups say they want that to happen “as soon as possible.”

“CPS should put in writing its commitment to close the Deely coal-fired plant by 2018 or earlier,” the letter submitted to Mayor Julián Castro by the Re-Energize San Antonio Coalition, including groups such as Public Citizen, Sierra Club, Energía Mía, and People’s Power Coalition, reads. “The plant should be shut down as soon as possible, because the public health has already paid too much in health costs.”

Built in the late 1970s, Deely was the subject of federal and state interest when it emitted an estimated 804 tons of sulfur dioxide above the terms of its permit in October 2008. The event put the power plant out of compliance and led to a $30,000 fine, which was later reduced to $19,200. At the time, utility officials blamed the breach on efforts to reduce other air pollutants, including nitrogen oxides and particulate matter.

“It is likely that CPS Energy’s efforts to improve air quality by reducing NOx and PM emissions adversely effected SO2 emissions,” Kim Stoker, environmental manager at CPS, wrote the TCEQ on March 23, 2011. By November 7, 2008, CPS had shut down Deely Unit 2 and reduced Deely Unit 1 to half capacity while assuring the state that it had plans to switch to ultra-low sulfur coal and install SO2-reducing scrubbers. Only the first part of that equation panned out.

At a meeting today, Beneby told a group of environmentalists that the issue of retiring Deely earlier than 2018 begs the question: What to replace its 800 megawatts with? The current plan is to replace the power…by not replacing the power. Energy-demand reductions being gained through programs like the utility’s Save for Tomorrow Energy Program (expected to shave more than 771 megawatts off local consumption by 2020), home management systems, and smart meters could eliminate the need for the power plant. ”But if by chance we see an opening between [now and] 2018,” Beneby said, “we’ll look seriously to jump into that.” 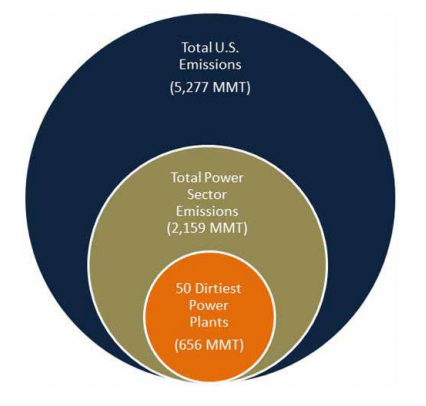 Meanwhile, a report released this week by Environment Texas Research and Policy Center, “America’s Dirtiest Power Plants: Their Oversized Contribution to Global Warming and What We Can Do About It,” vividly shows that air pollutants like SOx and NOx and particulates from power plants aren’t the only thing to be concerned about. Coal plants are also serious contributors to the total U.S. greenhouse gas emissions.

Other demands Re-Energize members want tackled before any rate-hike vote include implementation of a tiered rate structure for electricity similar to what the San Antonio Water System implemented in 2010 to help increase customer efficiency, more aggressive building codes, and an agreement to purchase natural gas only from those companies shown to be utilizing best practices in reducing waste, pollution, and water use.

The group also urged the utility to not only back off controversial efforts to end solar net metering programs (which now pay out 9.7 cents per kilowatt hour to those generating their own pollution-free energy), but to expand community-scale solar options. ”Net metering is an excellent way to promote energy efficiency,” the group wrote. “Community-based decentralized solar programs should be made accessible to all, including low-income families.”

Like utilities nationally, CPS is facing a raft of challenges, including the moral and technological demands of gathering climate change linked to traditional carbon-rich power sources such as coal and oil. In response, it has begun to pursue several low-carbon options, including agreeing to purchase power from a so-called “clean” coal power plant using carbon capture and sequestration (CCS) technology in development, expanding wind and solar energy options, and pursuing energy efficiency measures. Promotional material distributed at the hearing showed the utility at 12 percent renewables in 2012 with a goal of 20 percent by 2020.

If approved, the additional $65 million raised through San Antonio customer bills is expected to go not toward new generating sources, but to infrastructure improvements. CPS Energy’s $1-billion Fiscal ’15-’16 Capital Improvement Plan calls for $608 million for infrastructure modernization and $340 million for customer and system growth.

The proposed rate bump for the city’s average customer is expected to translate out to $5.19 per month and will be split between the electric and gas charges.