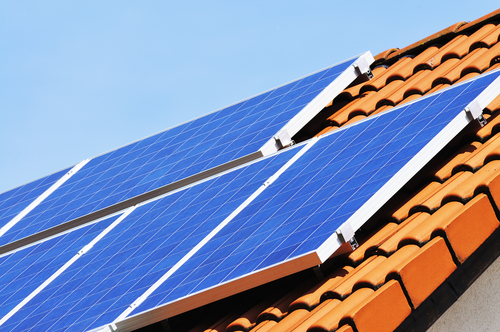 Clean Power and Kilowatt announced plans to merge in July and originally expected to call the new company Elevate Energy. Joining forces expands their reach and means consumers have access to more financing options from a single lender.

“It’ll have terms that are better for the consumer,” Dan Oros, a partner at Kleiner Perkins’ Green Growth Fund, said in an interview Tuesday. “We’ll be able to listen to them and respond to them more quickly. There’s one less point of friction.” The Green Growth Fund invested in Clean Power and Kilowatt, and remains invested in Spruce.

Spruce offers financing for efficiency projects nationally, and solar financing in 18 states. The company has more than 50,000 U.S. customers and has raised more than $2 billion from backers that include Edison International, Dominion Resources Inc. and Duke Energy Corp.

“If a customer only buys efficiency now but maybe decides they want solar later, they can do that with us and our channel partners,” Nat Kreamer, Spruce’s chief executive officer and the former head of Clean Power Finance, said in an e-mail. “The consumer saves more money, and we sell more financing.”