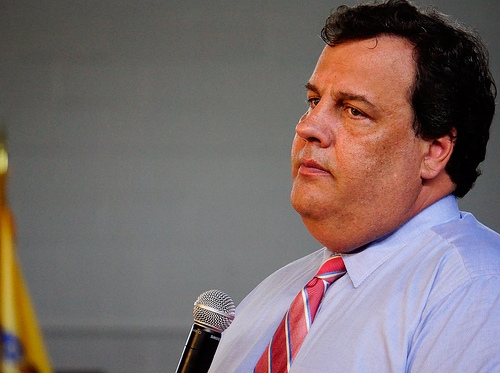 New Jersey Governor Chris Christie, whose administration has called solar power an economic “albatross,” is expected to sign legislation that would increase the amount of solar energy state utilities must buy.

The New Jersey State Assembly approved a bill Monday that requires utilities to obtain 2.05 percent of their power from solar projects in 2014, up from less than half of one percent of the state’s power now. The vote was 68-4, with five abstentions, approving the same bill that passed in the state Senate on May 31.

The state became the biggest U.S. solar market in the first quarter, surpassing California, and the legislation may extend that lead. New Jersey solar plants earn renewable-energy credits that utilities buy, and surging installation growth led to an oversupply that threatened to stall new development, said Representative Upendra Chivukula, who wrote the bill.

“This will absorb the excess credits, bring up the price and attract new investment,” Chivukula, the Democrat chairman of the Assembly’s telecommunications and utilities committee, said in an interview after it was passed late yesterday. “It’s about saving the jobs we’ve created in this industry.”

Under the state’s current renewable-energy standard, utilities must obtain 20.4 percent of all their power from renewable sources by mid-2021, with 2,518 gigawatt-hours of that coming from solar.

The legislation changes the solar requirement to a percentage from the flat figure, accelerating the amount utilities must get in the near-term. That will also increase the number of solar renewable-energy credits they must buy.

Prices for the credits sank to less than $100 a megawatt-hour this quarter from more than $500 a year ago because the amount of credits available is more than double what utilities need to meet the current requirement, according to Flett Exchange LLC, an environmental broker.

“At $100 per megawatt-hour it’s almost impossible to finance a project,” said Guarav Naik, a principal at developer GeoGenix LLC in Old Bridge, New Jersey. “This should stabilize the market in a sustainable way.”

The state’s solar requirement will increase to 4.1 percent by 2028. The penalty for failing to meet the increasing percentage will be $339 for each megawatt-hour short of the goal in 2014, declining annually to $239 a megawatt-hour in 2028.

“We’re pretty confident the governor will sign it,” Jeff Tittel, director of the Sierra Club in New Jersey, said in an interview. “The legislature has been working with Christie’s team to ensure his support.”

New Jersey developers added 174 megawatts of photovoltaic panels in the first quarter, surpassing California as the largest solar state with 34 percent of all U.S. installations, according to the Solar Energy Industries Association.

New Jersey’s draft 2011 Energy Master Plan referred to an incentive program for solar energy as a “financial albatross.” The phrase was removed in the final version, which cut the state’s renewable-energy goal to 22.5 percent of all power sources from 30 percent by 2021.