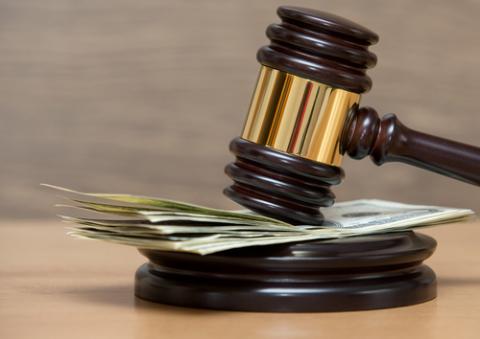 WASHINGTON, D.C. — From the State of the Union address in January to a recent California fundraising swing, President Barack Obama has missed few opportunities to tout the nation’s use of renewable energy to fight climate change.

“We’ve reduced our carbon pollution over the past eight years more than any country on Earth,” the president told supporters recently at the Los Angeles Trade-Technical College. “We now generate 10 times the solar electricity, creating tens of thousands of jobs across the country.”

Less than 24 hours later, however, Obama’s Commerce Department took an action that may threaten those gains: It upheld a complaint by the U.S. unit of SolarWorld AG that China is illegally selling solar panels at prices below their production costs. Pending a final ruling in December, the U.S will impose broader tariffs on imported panels that will increase prices by almost 15 percent.

What happens in this trade case over the next 100 days or so may determine the shape and composition of the American solar power industry. An intensifying lobbying duel pitting one manufacturer against much of the rest of the industry — including firms like Yuan’s — could decide whether there’s meaningful solar-panel production in the U.S. and alter the fate of clean-energy companies seeded with taxpayer subsidies.

The solar industry’s intramural clash reverberates all the way to the White House, where a second-term president seeks to fulfill his promise of “a new clean-energy economy.” How the quarrel ends may hinge on Obama’s ability to balance two priorities: what he describes as the imperative to battle climate change and a desire to thwart China’s bid to dominate a 21st-century industry.

Even as environmentalists welcome solar energy’s rising global profile, they worry that the Sino-U.S. trade dispute may hinder the adoption of a leading form of renewable energy.

“We see that as just adding uncertainty and negativity and a bit of a cloud over the development and — far more importantly — the deployment of solar,” said Justin Guay, director of the Sierra Club’s international climate program.

The battle coming to a head after three years features rival lobbying campaigns from two of Washington’s top politically-connected firms and allegations of industrial espionage by hackers working for the Chinese military.

The dispute dates to 2011 when SolarWorld, a Bonn-based manufacturer with a plant in Hillsboro, Oregon, complained to the International Trade Commission and to the Commerce Department that China was illegally subsidizing production of its panels and selling them below cost.

The government’s process is narrowly focused and generally tilted toward complaining industries. Under U.S. trade law, if officials find that a U.S. industry has been “materially injured” by subsidized imports, then they approve the bid for trade remedies.

In early 2012, Commerce upheld SolarWorld’s complaint, imposing tariffs of 31 percent to 250 percent on the Chinese products.

Chinese companies averted the levies by shifting production to Taiwan, prompting SolarWorld to file a new complaint in December 2013. Last month’s ruling was the second indication that the government was siding with the German company’s appeal for broader protection. In June, the department issued a preliminary finding to levy duties of as much as 35.2 percent to combat Chinese production subsidies.

In recent years, as Chinese imports surged, a number of U.S. solar panel manufacturers failed. Imports of panels from China and Taiwan rose to $2.6 billion in 2012 from $1.8 billion in 2010, according to the Census Bureau.

The company also cites a 2013 study in the journal of Energy and Environmental Science concluding that — unlike in other manufacturing industries — China’s low labor costs “provide no significant price advantage when the effects of higher inflation and country risk are considered.”

By 2013, Chinese panels were used in more than half of all U.S. rooftop installations, according to Shayle Kann, senior vice president at GTM Research in Boston.

“China has become over the course of the last five years or so the dominant player in solar panel manufacturing globally,” Kann said. “That doesn’t mean the battle’s over.”

From its first days, the Obama administration sought to compete with China and Germany by helping to jump-start the renewable energy industry. The $787 billion American Recovery and Reinvestment Act of 2009, better known as the economic stimulus package, included tax credits and loans to spur development of green companies and to encourage people to buy their products. Through the end of 2013, the Treasury Department reimbursed taxpayers $4.4 billion for a portion of the cost of installing residential solar systems.

While the initiative spawned scandals such as the failure of California-based solar startup Solyndra LLC, which received $535 million in U.S. loan guarantees, it also contributed to price declines that made energy from the sun more affordable. Over the past four years, the cost of a solar photovoltaic electrical system has been cut in half while panel prices fell by more than 60 percent, according to the White House.

“Every four minutes, another American home or business goes solar, every panel pounded into place by a worker whose job cannot be outsourced,” the president said in January’s State of the Union address.

At an April solar summit, the White House took credit for “historic investments” that helped expand solar capacity from 1.2 gigawatts in 2008, to about 13 GW today — enough power to run 2.2 million homes.

Besides SolarWorld, a handful of other manufacturers, such as Mage Solar in Dublin, Georgia, continue to make panels in the U.S. New production capacity also is coming on line: Suniva Inc. last week began building a factory to produce solar cells and modules in Saginaw Township, Michigan, and Elon Musk’s SolarCity Corp. is planning to start production in upstate New York.

Still, while U.S. solar employment has increased by 50 percent since 2010 to about 140,000, most of that growth has come in other parts of the solar supply chain — firms that make the inverters, racks, and polysilicon materials used in solar kits and those that install them on roofs and utility projects. Jobs in those areas pay an average $50,000 a year and outnumber panel-making positions by more than two to one, according to the Solar Foundation, a nonprofit research group in Washington, D.C.

Among them is Yuan’s Grape Solar, located about 125 miles south of SolarWorld’s plant. After a career in electronics manufacturing, he started the 10-employee company five years ago as the recession was drawing to an end. Since then, Yuan, 51, who grew up in China amid the chaos of the Cultural Revolution, has piloted the startup to rapid growth.

The Solar Energy Industries Association, a Washington, D.C.-based trade group that includes Chinese companies, also has lined up in opposition, saying the prospect of tariffs is already casting a chill on the U.S. market.

Any new tariffs will result in an average price hike of almost 15 percent on modules imported from China, hitting the largest utility-scale projects hardest, and may do little to promote additional U.S. manufacturing, according to GTM’s analysis.

As Chinese panels become more costly, U.S. orders would probably shift to companies such as REC Solar ASA, which manufactures in Singapore. Any new solar plants would likely be built in countries such as Malaysia, Mexico or India, not the U.S., GTM concluded.

The White House referred a request for comment to the U.S. Trade Representative’s Office, which released a statement detailing its efforts to address climate change through trade policy. In July, the U.S. opened talks with the E.U. and 12 other governments aimed at eliminating tariffs on environmental goods, such as wind turbines and solar panels, between countries representing 86 percent of the global trade in such products.

“Our focus is on providing incentives for the development and rapid deployment of renewable energy in the United States and around the world,” said Andrew Bates, a spokesman for the office.

The anti-SolarWorld coalition has been referencing the administration’s history of solar support. The group retained Israel Klein, a former aide to New York Democratic Senator Charles Schumer now with the Podesta Group, to spearhead a lobbying and public relations campaign.

The group, which is lobbying Congress, the U.S. Trade Representative, the Commerce Department and the White House, got seven senators to write Vice President Joe Biden in April seeking his backing for a negotiated settlement.

“Continuing to let this dispute play out one case at a time will limit job growth and it may even lead to job loss,” the lawmakers said.

SolarWorld is represented in Washington by Wiley Rein LLP. Nova Daly, a former National Security Council director of international trade for the Bush administration, is leading the firm’s lobbying.

In making its case, the German-owned company has highlighted its U.S. workforce, which numbers around 750 employees, down from a peak of more than 1,200. Without tariffs, SolarWorld argues, the U.S. will inevitably cede a key industry of tomorrow — and its clean-energy jobs — to the Chinese, repeating the mistake that surrendered millions of traditional manufacturing jobs. SolarWorld also minimizes the tariff’s market impact, saying that demand is driven less by price than by government policies requiring utilities to rely partly on renewable energy.

Since Commerce has consistently found in favor of SolarWorld, the industry association and its congressional allies are pressing the White House to seek a negotiated settlement, like the 2013 accord that resolved a similar dispute between China and the European Union. Such a settlement might include commitments to address U.S. complaints over unfair trade practices with an agreed minimum price and volume limits in return for an end to tariffs.

Talk of a negotiated settlement accelerated with an Aug. 8 letter from China’s Ministry of Commerce to U.S. Commerce Secretary Penny Pritzker, indicating that the Chinese are considering initiating negotiations.

The settlement push comes as U.S. officials have grown alarmed over Chinese maritime behavior and the government’s use of its anti-monopoly law to investigate foreign multinational corporations in China. And the solar case also is affected by continuing tensions over cyber-spying and industrial espionage by hackers operating in China.

Weeks after Commerce issued its preliminary finding in May 2012, a hacker tapped into SolarWorld’s computers in Oregon, according to a Justice Department indictment of five Chinese officials announced this May.

“The data stolen from SolarWorld would have enabled a Chinese competitor to target SolarWorld’s business operations from a variety of angles,” the indictment charged.

Even as the U.S. and China scrap over solar panels, scientists from the two countries are engaged in joint research on clean energy projects including coal gasification, clean vehicles and energy-efficient buildings. The efforts follow an April 2013 joint statement by the two governments recognizing “a common interest in developing and deploying new environmental and clean energy technologies.”

That shared commitment to clean energy also will be on display in New York on Sept. 23, when both Obama and Chinese President Xi Jinping are scheduled to address a special United Nations climate summit.