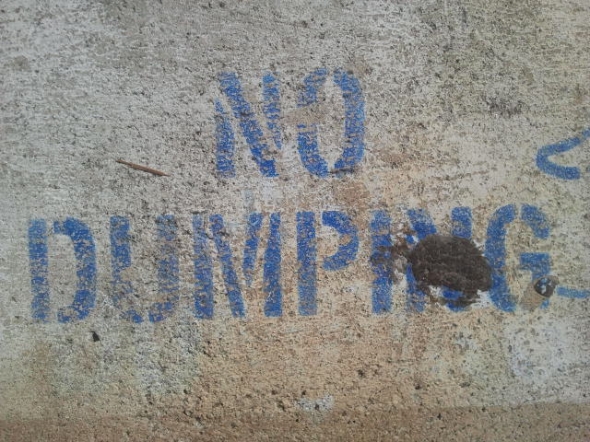 BRUSSELS — The European Union threatened to impose tariffs on solar panels from China in the biggest EU trade dispute of its kind, saying producers in Europe may be victims of unfair price undercutting.

The EU opened a probe into whether Chinese manufacturers of solar panels sell them in the 27-nation bloc below cost, a practice known as dumping. The inquiry covers 21 billion euros ($26 billion) of imports of crystalline silicon photovoltaic modules or panels and cells and wafers used in them.

At stake is whether European companies such as Solarworld AG, Germany’s largest maker of the renewable–energy technology, win levies to counter growing competition from China following similar U.S. trade protection.

The investigation will determine whether solar panels from China are “being dumped and whether the dumped imports have caused injury to the union industry,” the European Commission, the EU’s trade authority in Brussels, said today in the Official Journal. The commission has nine months to decide whether to impose provisional anti-dumping duties for half a year and EU governments have 15 months to decide whether to apply “definitive” levies for five years.

The case highlights EU concerns about the expansion of Chinese solar companies, which have grabbed market share from European rivals that were once dominant, and follows a U.S. decision earlier this year to hit the Chinese industry with anti-dumping duties as high as 250 percent.

Chinese companies have gained more than 80 percent of the market in Europe for solar goods compared with almost zero in 2004, according to EU ProSun, a group that represents European producers including Solarworld and that requested the dumping investigation in late July.

EU ProSun accused Chinese solar companies of selling in Europe “far below their cost of production, with a dumping margin of 60 percent to 80 percent” and hailed the start of the dumping inquiry.

“The European Commission took a big step today to save Europe’s green-tech sector and broader manufacturing base,” the group said in a statement. “The EU must stand up to China’s unfair competition.”

China produces about 65 percent of solar panels worldwide, the commission said in a separate statement. The EU is China’s main export market, accounting for around 80 percent of Chinese sales abroad, according to the commission.

China’s Suntech Power Holdings Co., the world’s largest manufacturer of solar panels, denied engaging in unfair trade, expressed concern about the possibility of European anti-dumping duties and pledged to cooperate with the EU in the case.

“Our industry’s mission is to make solar affordable for everyone and we are concerned that trade barriers will only delay the industry from fulfilling this,” Zhengrong Shi, Suntech’s executive chairman and chief strategy officer, said today in an e-mailed statement. “Protectionist measures would increase the cost of solar energy in Europe and adversely affect European jobs in the solar industry.”

Yingli Green Energy will cooperate with the EU in the probe to “prove that the conditions for the imposition of punitive tariffs are not fulfilled,” it said in a statement dated yesterday. The company’s funding sources and cost structure are “fully transparent,” Yingli Chairman Liansheng Miao said.

The EU should resolve trade frictions in photovoltaic products through negotiations, Shen Danyang, a spokesman for the Chinese Commerce Ministry, said today in a statement on its website. Limiting China’s solar technology will affect the development of the global photovoltaic industry and clean energy, Shen said.

German Chancellor Angela Merkel highlighted the political sensitivity of the dispute during a visit last week to Beijing, telling reporters “it would be better to solve this in talks.”

The EU has sought to spur the development of renewable energy including solar power as part of a crackdown on fossil fuels blamed for global warming. In 2008, the bloc approved legislation that would more than double the overall share of energy from renewable sources to an average 20 percent by 2020.

The increased competition from China has slashed profit margins, cut solar-panel prices and led to bankruptcies in Europe. Germany’s Q-Cells SE, once the biggest solar-cell maker, surrendered its lead in the past four years and sought court protection from creditors in April.

“We are losing companies in Europe week by week,” Milan Nitzschke, president of EU ProSun, told reporters today in Brussels. “We are facing a very, very urgent situation.”

EU ProSun, which has also alleged that Chinese solar companies receive trade-distorting government aid, may file a subsidy complaint against China at the commission in the coming weeks as a complement to the EU dumping case, he said.

“It could happen that we will also file an anti-subsidy case,” Nitzschke said. “We are thinking about that.”

While China faces more EU anti-dumping duties than any other nation, the bloc has so far applied anti-subsidy levies against Chinese goods only once — on paper. Two separate probes that were opened earlier this year and continue could lead to European anti-subsidy duties on Chinese bicycles and steel.

As in a dumping case, the commission has nine months from the start of any subsidy investigation to decide on provisional measures. EU governments have 13 months from the beginning of a subsidy probe — rather than the 15 months for dumping cases — to impose “definitive” anti-subsidy duties for five years.