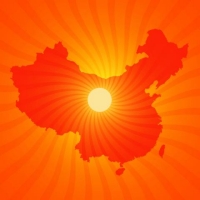 LONDON — China’s solar market faces “chaos and uncertainties” in the near future, but looming consolidation won’t impair the nation’s dominance of the global solar landscape, new analysis has found.

Lux Research’s report, The Great Shakeout: China’s Path to a Rational Solar Industry, outlines the challenges Chinese solar companies will face during the anticipated consolidation, and suggests likely strategies for survival and success in a post-shakeout solar market. While many smaller companies will go under, the nation’s top-tier companies will survive and thrive in an eventual balanced global solar landscape, the report predicts.

China’s government will continue to support its solar sector, upping its domestic capacity target in order to boost local demand and reduce its dependence on foreign markets. But Zhun Ma, Lux Research analyst and the report’s lead author, said the government’s plan to install 35 GW of new solar capacity by 2015 is the upper limit rather than a fixed target. “The 35 GW target is what the government wants to achieve, but it may not be compulsory,” he said. “If the government wants to reach this target, then in the following three years each year’s installation should be about 10 GW, and this is really too high. So the most likely conservative target will be about 25-30 GW.”

In addition to boosting domestic demand, the government is also taking steps to reduce overcapacity by setting module efficiency standards; below-standard solar products will not be able to secure bank loans or government support, thus eliminating a large amount of current capacity. And the government aims to expand the range of solar technologies on the domestic market, currently dominated by crystalline silicon (c-Si), by promoting technology innovation and boosting the growth of thin-film technologies such as cadmium telluride (CdTe) and copper indium gallium selenide (CIGs).

“Because the government is promoting and supporting technology innovation,” Ma said, “Chinese manufacturers are actively looking for innovative technologies, not only from local research projects but also from PV technology developers globally.” This represents an opportunity for global technology developers, who can license their technology to Chinese companies.

Since Tier One Chinese companies have already built strong research collaborations with local and foreign research organisations, they can leverage these existing networks to further improve technologies and production processes, Ma said, “but relatively small companies are also interested in innovative technology development outside China.” For a smaller company, winning government support through technology innovation may be crucial to survival.

According to Ma, the likelihood of survival and success differs depending on the scale of the company. Most Tier One companies will survive and thrive, he said, while more than 90 percent of Tier Three companies will go under. Around 40-50 percent of Tier Two companies with several MW of capacity and innovative technologies can potentially survive, he said, depending on their sector. “Only 45 leading Chinese solar manufacturers are still manufacturing; all the rest are already quitting the market,” he said.

Expansion will be an important strategy, Ma said, with two key approaches to making a solar company viable in the new landscape: either building new capacity or acquiring a Tier Two company with advanced technology. And the government is encouraging Tier One companies to acquire or merge with Tier Twos in an effort to spread solar development more evenly across the country. “In Jiangsu province most players are Tier One,” he said, “while in Jiashan province only Renesola is Tier One; the others are Tier Three.” Spreading development more evenly will benefit the realisation of the domestic target.

Distributed solar, which is projected to gain a 30 percent share of the Chinese solar market in the next two to three years, will present opportunities for smaller solar companies. Because energy consumption on China’s east coast is much higher than in the west, said Ma, but there is less free land in the east, the best solution for east-coast China is distributed solar systems, while utility-scale solar farms will dominate in the west.

“The manufacturing side of the solar value chain will still be dominated by large companies,” he said, “but system developers can be small and medium-sized.” The current profit margin for engineering, procurement and construction (EPC) firms is around 10 percent higher than for upstream manufacturing, the report noted, projecting that the majority of Chinese companies will grow their project development business.

Another survival strategy will be expansion into new foreign markets. In the coming years, Chinese companies will become major players in the Southeast Asian and African solar markets — Southeast Asia because of its proximity to China, and African nations because of their good bilateral relationships with the Chinese government, Ma said. Chinese manufacturers will continue to export solar products to Europe, but as its quota for Chinese products is now limited  to 7 GW per year these companies will maintain rather than grow their market share in the region, he said.

Ma predicts that new investment in the Chinese market will be a mix of local and foreign. Companies that aren’t doing well but have advanced technology are selling themselves at very low prices, meaning local investors “can acquire solar assets at fire sale prices,” he said, while foreign investors aiming at China’s huge solar market are required to partner with local companies, either through taking shares or direct acquisition, “a good market penetration approach,” Ma said. The report predicts that foreign heavyweights such as First Solar, GE and Sunpower will find local partners in order to target the Chinese market.

The ability of foreign companies to penetrate the Chinese market also depends on sector. “There is no space for foreign companies to engage in the Chinese market” in the module arena, Ma said, due to China’s strength in the sector, while for balance of system (BOS) suppliers such as inverters, back sheet materials and silver metallisation, he said Chinese companies “cannot supply products with good quality, so in these areas there are some opportunities for foreign companies” — but they will need to collaborate with the right local partners, as domestic material and BOS suppliers have home market advantages such as low cost logistics.

Foreign solar companies who collaborate with Chinese manufacturers can also gain advantages in markets outside China, Ma said, since Chinese manufacturers are considering moving some facilities outside the country in order to beat the new EU and U.S. import duties. Outside China, he said, global materials giants have the advantage. He pointed to Canadian Solar’s manufacturing plant in Canada and Trina and Yingli’s plans to build plants in Europe. “Only these big companies have sufficient capital and ability” to expand in this way, he said.