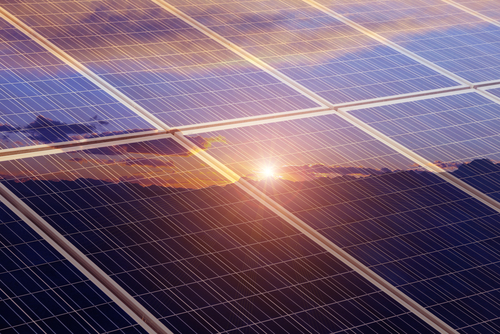 Despite the softening in the performance of the global economy, China’s solar photovoltaic (PV) sector achieved rapid growth during the first three quarters that ended Sept. 30, 2015, mainly driven by favorable policies put in place by the Chinese government.

According to the latest statistics from China’s National Energy Administration (NEA), installed capacity for the country’s PV power generation reached 37.95 GW as of the end of September, with 31.70 GW provided by PV power stations and 6.25 GW coming from distributed PV power projects. For the nine months, the country added 9.9 GW of PV power generation capacity, an increase of 161 percent when compared with the same period of a year earlier. The amount includes 8.32 GW from PV power stations and 1.58 GW from distributed PV power projects.

The development of China’s PV sector started to accelerate during 2015. Total production value for the manufacturing side of the sector exceeded 200 billion yuan (approx. US$31.5 billion) for the first three quarters. Despite the slowdown in growth for the Chinese economy overall, the sector experienced a growth rate of 30 percent. Polysilicon production grew 20 percent year on year to about 105,000 tons, while module production grew 26.4 percent to about 29 GW. In addition, production for silicon chips and cells reached 6.8 billion units and 28 GW, respectively.

China Photovoltaic Industry Association chairman Gao Jifan explained that, throughout the whole industry chain, the internal rate of return for development projects at China’s PV power stations has been ranging between 8 percent and 10 percent, significantly higher than the average level for the manufacturing sector overall.

Last year, almost all of the top 20 module manufacturers across China became involved in development projects for downstream power stations. In the first eight months of this year, investment in the country’s PV-related sector reached 68.5 billion yuan (approx. US$10.8 billion), up 39.4 percent year on year. The growth is 0.6 percentage points lower than for the first seven months, but an impressive 33.4 percentage points higher than the same period of 2014.

Gao further added that both the price for PV modules and profit margin for the module manufacturers is expected to grow slightly, while the adoption rate by power generation firms is expected to further accelerate.