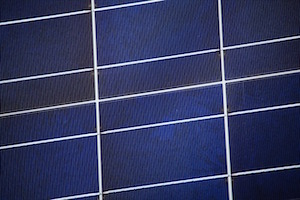 In 2017, newly installed solar PV capacity worldwide reached 102 GW, soaring 37 percent from a year earlier, while cumulative installed PV capacity surged 33.7 percent to 405 GW, according to statistics from the China Photovoltaic Industry Association. In China itself, newly installed and cumulative installed PV capacity reached 53 GW and 130 GW respectively, accounting for 51.8 percent and 32.2 percent of the total. For the first indicator, the country has ranked first worldwide for five consecutive years while, for the second, it has held the leading position for the last three.

However, when measured in dollars, exports of PV modules only amounted to US$9.45 billion for the first 11 months of 2017, down slightly from a year earlier. Despite the decline in export value, in volume, exports reached 37.9 GW for the full year of 2017, an increase of 16.6 GW in comparison with 21.3 GW for 2016. Exports of polycrystalline modules reached 31.8 GW, accounting for 84 percent of the total, while that of monocrystalline modules added up to 5 GW for 13.2 percent.

In addition, monocrystalline accounted for 35 percent of the modules exported to the Middle East, slightly higher than the proportion exported to other markets. Polycrystalline modules still dominate the market with a share of 54 percent.

Of note is that in 4Q17, China’s photovoltaic exports to the U.S. surged. According to industrial analysts, in a move to avoid the adverse effects arising from U.S. President Donald Trump’s 30 percent solar import tariffs, U.S. customers rushed in a large amount of photovoltaic products from China in the fourth quarter, resulting in Chinese PV module deliveries to U.S. customers amounting to 12 times that of the first three quarters of the year.

Due to the advantages of low photo-induced attenuation, low power cost and high project yield, polycrystalline modules have a higher performance price ratio than monocrystalline. As a result, it has dominated overseas markets for many years. In 2018, the market is expected to continue the pattern.