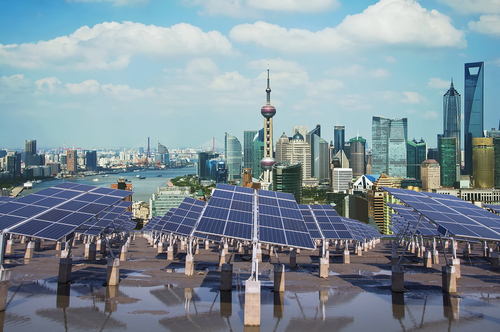 Kong Sun Holdings Ltd., a Chinese solar farm operator, plans to more than double installations of the clean power next year to expand in the world’s biggest solar market.

The company is aiming for a total installed base of 2.4 GW of photovoltaic capacity in 2016, compared with a gigawatt estimated this year, Executive Director Liu Wenping said in an interview.

The target signals an aggressive expansion for a company that operated just 70 MW of solar power projects at the beginning of 2015. Kong Sun, a former property investment company, shifted focus to solar power last year amid heightened efforts by China to curb pollution with clean energy.

Kong Sun’s Hong Kong-listed shares have declined about 37 percent since the beginning of the year after surging more than sevenfold in 2014.

Kong Sun has expanded through both acquisitions and by developing its own projects. The company wants to have 6 GW of installed solar capacity by 2019, which may cost about 50 billion yuan ($7.84 billion), Liu said.

Though China’s solar market has stabilized, the nation may face a rush of building projects ahead of possible tariff cuts next year, Liu said. He forecasts the nation may add 17 gigawatts to 20 gigawatts of solar power in 2015.

The National Development and Reform Commission, China’s top economic planning agency, plans to cut the tariffs annually in the five years through 2020 to make electricity from clean sources more competitive compared with coal power, according to a document seen by Bloomberg in October.

Most of Kong Sun’s plants are in China’s west, though some can also be found in the provinces of Shanxi, Hebei, Inner Mongolia and Shandong, Liu said.