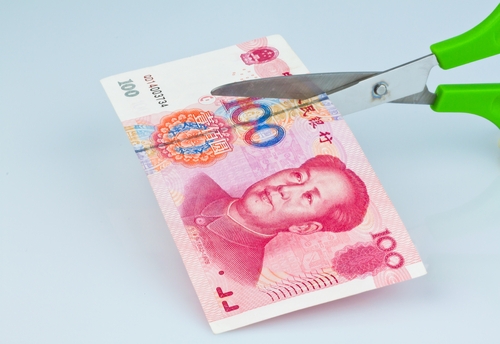 BEIJING — China, forecast to become the biggest solar market this year, may restructure its subsidies to favor smaller projects over larger ones to promote new plants in in areas with power shortages, an industry official said.

A new policy may abolish one-time subsidies, Meng Xiangan, vice chairman of the China Renewable Energy Society in Beijing, said in an interview. At the same time, a separate subsidy based on power production would be extended to low-voltage plants that don’t typically supply utilities, he said. Meng’s organization acts as a liaison between the government and industry.

Should the government confirm the move, incentives under the Golden Sun program would shrink just as China calls on developers to install more photovoltaic devices than any other country. Its manufacturers already are hurting. Suntech Power Holdings Co., the world’s biggest solar-panel maker in 2011, has become unprofitable and stopped paying on its bonds last week.

“The wave of solar industry consolidation that’s hit Europe and the U.S. is coming to China,” said Nathanael Greene, director of renewable energy policy at the Natural Resources Defense Council in New York. “China’s manufacturers are counting on domestic market growth this year, so major cuts in incentives could really hurt.”

The government picked hundreds of developers last year, including Yingli Green Energy Holding Co. and Trina Solar Ltd., to get subsidies as demand for their solar devices slumped in Europe. Meng didn’t mention names of companies that could be most affected by a policy change.

American depository receipts of Suntech, based in Jiangsu and incorporated in the Cayman Islands, fell 8.4 percent to 64 U.S. cents, bringing its five-day decline to 44 percent.

The programs “have been increasingly accused of using public resources inefficiently by providing developers with an overgenerous capital expenditure-based subsidy before installation,” said Wang Xiaoting, an analyst at Bloomberg New Energy Finance in Beijing. “The developers are therefore not incentivized to build high-performance systems.”

Even with solar subsidies, which began in China in 2009, photovoltaic manufacturer’s profit margins have been crushed after the $75 billion solar-components industry built too much factory capacity in the past two years.

Officials at China’s Ministry of Finance and National Energy Administration didn’t respond to a request for comment on ending some subsidies.

Currently, developers in China that are selected by the government can obtain a one-time return on investment through subsidies of at least 5.5 yuan (88 cents) a watt under some programs if they complete work by certain deadlines.

Those offer a quicker payoff to investors than plants that qualify only for the feed-in tariff, which guarantees above- market prices for power over 20 years. That payment is 1 yuan a kilowatt-hour everywhere except in Tibet, where it’s 1.15 yuan.

Meng suggested that one-time aid be ended for all projects, and that kilowatt-hour based subsidies be extended to the smallest, typically less than 6 megawatts with low voltage, which currently aren’t eligible.

Subsidizing solar power based on the amount of electricity generated is easier to control by the government, Meng said. One-time incentives don’t give regulators much margin to ensure the quality of power plants, he said.

Solar installed capacity in China totaled 6.5 gigawatts in 2012 and is expected to increase by at least 6.2 gigawatts this year, unseating Germany as the largest solar market this year, according to data compiled by New Energy Finance.

The government plans to raise its goal for solar-power installations in 2015 by 67 percent to 35 gigawatts, Shi Dinghuan, councilor of China’s State Council and the president of the Chinese RenewableEnergy Society, said in January.

Some projects under the Golden Sun incentive program have been delayed or canceled due to grid connection barriers and project quality issues, Wang said.

“Switching to a subsidy schemes based on kilowatt-hours would address some of these issues and indicate long-term support for the development of the Chinese photovoltaic market,” she said.

The government plans to reduce those subsidies, setting a new rate of 0.35 yuan a kilowatt-hour for distributed solar- power projects, PV-Tech news reported on March 10. Such projects would have less than 6 megawatts of capacity and would be connected to grids with voltage of as much as 10 kilovolts.

Prices for silicon-based solar panels have sunk in the past 12 months. Japan, which installed 1,119 megawatts of solar in the nine months to the end of December, has recommended cutting its solar incentive by 10 percent to take into account the plunge in the cost of panels.

The world’s largest solar-panel producer, China’s Suntech, said it received notice that it’s in default of $541 million in bonds that were due March 15. The company was battered by shrinking margins as global prices fell.

“Subsidies and feed-in tariffs should be reduced as panel prices have declined faster than expected” and the financial burden is becoming heavier because the installation goal has been boosted several times, Meng said.

Incentives are being offered until the cost of generating power from solar is equivalent to coal-powered plants, he said.