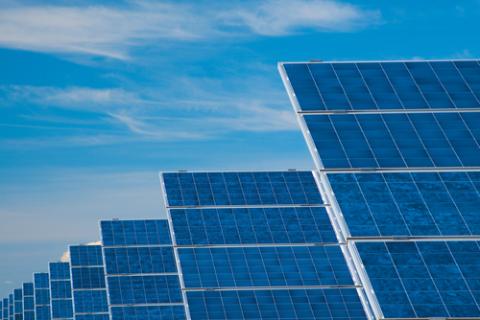 The requirement includes power from distributed solar projects, according to a notice issued by the National Energy Administration on its website yesterday. Power grids that don’t comply will be have to pay compensation, it said.

China, the biggest solar-panel producer, is likely to miss its target to connect 5 gigawatts of solarcapacity to the grid this year because of bottlenecks, according to London-based researcher North Square Blue Oak. The latest policy may boost the nation’s total on-grid solar capacity to 12 gigawatts next year, benefiting solar panel makers such as Yingli Green Energy Holding Co. and Trina Solar ltd.

“The policy listed some detailed rules to encourage grid companies to buy more solar electricity, which will help increase next year’s new capacity, ” Tian Miao, an energy policy analyst with NSBO, said by phone today, “This could also be bullish for leading photovoltaic manufacturers as they can seek to reduce their significant profit loss on a better downstream outlook. It will ease the market’s oversupply to some extent next year.”

The nation may only produce 3 gigawatts of new grid- connected solar capacity this year, missing a target of 5 gigawatts set at the beginning of the year, said Tian.

China is estimated to have total on-grid solar capacity of 10 gigawatts by the end of this year, more than double from 2012, according to an NEA statement posted Dec. 4 on its website.