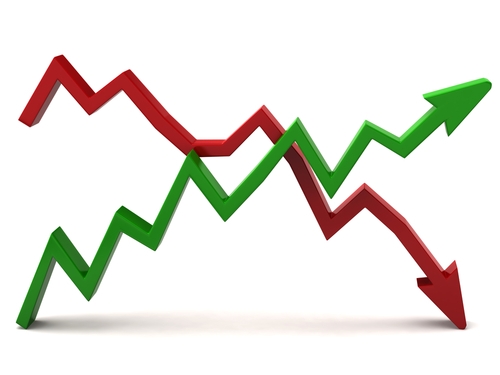 LONDON — The $77 billion solar-energy industry is forecast to expand the most since 2011, as China becomes the biggest market for the first time and drives annual global installations to a record.

New generation capacity will rise about 14 percent this year to 34.1 gigawatts, equal to about eight atomic reactors, according to the average estimate of seven analysts surveyed by Bloomberg. That would beat the 4.4 percent growth in 2012, when demand shrank in Italy and France after subsidies were cut.

China, after building scores of factories that helped cut panel prices 20 percent in the past year, is poised to become the biggest consumer of the devices after doubling its 2013 target for new projects in January. Tumbling prices are benefiting installers including Solarcity Corp. and SunPower Corp. of California while hurting manufacturers such as LDK Solar Co. of China and Norway’s Renewable EnergyCorp. ASA.

“Solar demand is proving very resilient and will keep growing this year even as European markets slump,” said Jenny Chase, head of solar analysis at Bloomberg New Energy Finance in Zurich. “A further increase in installations driven by record- low prices, however, won’t do much to help manufacturers’ margins.”

The benefits are coming mostly to customers and to the installation companies they hire. Solarcity and SunPower have gained 38 percent and 109 percent, respectively, this year, while the manufacturer-dominated Bloomberg Global Large Solar Index has increased just 23 percent in the period.

Prices for silicon-based solar panels sank about 20 percent to 79 cents a watt in the past 12 months, after dropping by half in the previous year.

China, the biggest emitter of carbon dioxide, is forecast to unseat Germany as the largest solar market in 2013, according to analysts at BNEF. Projects have multiplied as the nation provides financial support to its solar companies in a bid to diversify the coal-dependent energy industry.

The solar-industry expansion this year will also be driven by the U.S. and Japan, BNEF data show. Growth in those nations, in addition to China, outstripped most European markets in 2012, sending global capacity to more than 100 gigawatts, according to the European Photovoltaic Industry Association, or EPIA.

New installations dropped in Europe for the first time, falling to less than 60 percent of all new capacity from about three-quarters a year earlier. Nations outside the region will expand their share further this year, according to IHS Inc.

“Higher shipments at no margin still leaves no margin,” Chew said, echoing the view of Englewood, Colorado-based IHS, which predicts that stagnant prices will cut annual revenue in the industry to about $75 billion this year from $77 billion.

Most factories are producing below capacity to weather the slump. The global solar market is typically volatile, recording a 17 percent expansion from 2008 to 2009 before leaping 135 percent a year later and growing more slowly the following two years.

Those manufacturers that survive may start to see signs of a recovery this year, Deutsche Bank AG said last month, citing China’s decision to double installations, as well as investment from U.S. billionaire Warren Buffett in large solar projects, and more stable prices for polysilicon.

Past surveys have shown that analysts underestimated installations. A Bloomberg poll a year ago predicted a 10 percent slump from 2011 to 2012, when new projects actually rose.

“Demand has surprised on the upside now in every one of the seven years I’ve been doing demand forecasts,” BNEF’s Chase said. Even so, growth can no longer rival the twofold expansion of 2007 to 2008 as the photovoltaic market matures, according to the London-based research firm.

The 34.1-gigawatt forecast for installations this year would equal the power output of almost eight average-sized atomic reactors of 860 megawatts, based on capacity utilization of 15 percent for solar and 77 percent for nuclear.

Companies with “downstream” operations such as project development will gain most from accelerating growth, according to Citigroup, which cited the U.S.’s First Solar Inc. and SunPower as likely beneficiaries. In Europe, REC can take advantage of its low cost of production, while Asian stocks such as GCL-Poly Energy Holdings Ltd. will profit from the surge in local demand, the bank said.

GCL last year was the largest maker of polysilicon, the raw material for most solar panels, while Yingli Green Energy Holding Co. and China’s Suntech Power Holdings Co. were the biggest panel makers. Polysilicon fell about 43 percent to average $16.39 a kilogram in the past year and will probably recover to $20 to $25 this year, BNEF says. Yet higher prices may erode demand once again.

“Solar suffers from a price elasticity paradox,” Maxim’s Chew said. “It is lower pricing that’s driving demand, so any uptick in pricing will inversely impair it.” Almost all the value of solar is captured in the downstream industry, he said, citing San Mateo-based Solarcity as the “only major, liquid name.”

Solarcity, led by billionaire Elon Musk, raised $92 million in an initial public offering in December. The company is poised for growth after completing the most equipment installations in California, the country’s biggest solar market.

European solar-panel installations dropped about 26 percent last year to 17 gigawatts, according to EPIA. Countries outside the region added more than 13 gigawatts, up from less than 8 gigawatts in 2011.