Record-breaking efficiencies achieved in the lab make for exciting headlines, but where reality hits the road, the roof and the ground, is with the technology that goes into commercial cells and modules. In this category, we celebrate the champions involved in putting new developments into practice at the cell and module level, whether it’s crystalline silicon, thin film, CPV, organic PV or other approaches. 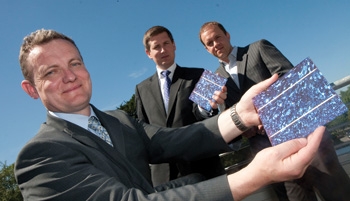 Dublin-based Nines Photovoltaics has developed what is considers a “potentially highly disruptive” methodology for the manufacturing process of photovoltaic solar cells. With this new technology, the company aims to reduce the cost of production and the overall environmental impact while increasing the speed and degree of process control required for the production of PV solar cells.

In June of 2011, they got the backing to take their technology to the next step: The company was awarded €1.2 million ($US 1.7 million) in funding through the European Framework Programme 7 (FP7), to further develop its technology.

Commenting on the significance of the technology, Edward Duffy, CEO, Nines Photovoltaics said: “From a cost and environmental perspective, the current solar cell production process is unsustainable and limits the ability for solar PV to compete with traditional energy sources. In 2010 there were roughly 10 billion solar cells produced worldwide, consuming over 25 billion litres of water and other chemicals. The heavy environmental footprint of solar cell manufacturing is strangling the ability of the PV sector to grow and meet the growing power demand. There is enough solar energy available to power the whole planet 100 times over but we must learn to harvest this energy in a sustainable and cost effective way.”

The technology that Nines has developed will enable solar cell producers to dramatically lower their water consumption, he says. Nines Photovoltaics claims to be the first company to offer a process solution which uses a fully dry process using only Zero Global Warming Potential chemicals.

Trina Solar: A ‘honey’ of a technology

Trina Solar Limited (TSL) is an integrated manufacturer of solar photovoltaic (PV) products from the production of ingots, wafers and cells to the assembly of PV modules. In early September of 2011, the company announced today that it had achieved what it claimed to be a new world record for its laboratory-tested multicrystalline module power output. The results have been confirmed by TUV Rheinland, with a 156x156mm 60 cell module reaching 274 Watts peak. The record was set using the company’s recently announced ‘Honey’ technology platform. This name refers to Trina Solar’s quest to provide solutions which target a ‘sweet spot’ when optimizing a module’s cost vs. its efficiency.

Trina Solar also introduced its new multicrystalline module, TSM-PC/PA05A, in early September. Powered by the new ‘Honey’ cells, the TSM-PC/PA05A uses an improved back sheet, EVA, string ribbon and coating glass that enable the module to achieve power outputs ranging between 245 W and 260 W and deliver a module conversion efficiency of up to 15.9%. The module is compatible with all common mounting substructures and characterized by its mechanical strength and ability to withstand high wind and large snow loads of 2400 and 5400 Pa respectively. Trina Solar offers a 25-year linear power warranty, along with a 10-year product warranty. Further efficiency improvements in the ‘Honey’ Platform are scheduled for 2012. 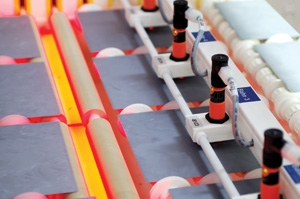 In April 2011, Q-cells demonstrated a record efficiency of 19.5% on a polycrystalline 6-inch high-performance cell, enabled by a “power-reflector” on the rear panel. The company then successfully transferred the cell concept to monocrystalline silicon material. The monocrystalline cells achieve an efficiency rating of 20.2% and enable production of solar modules with record output of 287 watt-peaks. The independent calibration laboratory run by Fraunhofer ISE (Institute for Solar Energy) in Freiburg confirmed these results. In June 2011, the Industrial Initiative for Central Germany presented Q-Cells with the IQ Innovation Award for its Q.ANTUM cell concept.

Q-Cells is also bringing its high-efficiency thin-film PV module to North America, a 14.7% (aperture) CIGS module already being used in Europe with a guaranteed performance for three years.

The Q.Smart technology, developed in 1983 by Uppsala U. (Sweden)’s Ångström Solar Center, uses a “light-soaking” effect to generate 2.5% average power boost above nominal power at standard test conditions in the field. When combined with “positive sorting,” output is increased by up to 15%. The modules are guaranteed for 100% performance in the first three years and then ≤0.7%/year linear degradation, to still achieve 85% rated output after 25 years. The technology hit the 14.7% aperture efficiency milestone back in March, with 13% module-level efficiency; total production capacity of the Q.Smart modules out of the company’s Thalheim, Germany facilities was 135 MWp at the end of 2010.

The CIGS layer is applied to a molybdenum- coated glass substrate. The thin-film cells are defined and connected in series by fine patterning lines on the glass substrate. In conjunction with a transparent zinc oxide layer, the cells produce a photovoltaic effect when exposed to the sun.

The Q.Smart CIGS module has already been used in installations across Europe: a 3.4 MWp commercial rooftop in Tontarelli, Italy, a 610 kWp commercial rooftop at the Venice Airport, and a 880 kWp carport at the Frankfurt Trade Fair. iGen Energy and Selden Research in the UK have just completed the first phase of a 96 kWp install, at 1500 m2 one of the largest in the nation.

Since putting its stake down for the North American market a year ago, Q-Cells has introduced a utility-scale solar business, a PV systems business, and now begun module sales.

The cell utilizes an optimized front and rear cell surface design. The frontside was designed and processed in Schmid’s Technology Center in Freudenstadt, Germany. Alkaline texturing in the horizontal in-line process, formation of the p-n junction, and selective emitter (SE) technology were optimized for increased solar cell efficiency. Final processing with passivated emitter and rear cell (PERC) structures was carried out by Schott Solar in Alzenau.

“Further technological improvement of the front-side metallization will, in the near future, achieve a cell efficiency of 20.5%,” asserted Dr. Christian Buchner, Vice President of Business Unit Cell with the Schmid Group. Buchner also expects process improvements to reduce the silver content required for the emitter electrode, which will drop the process cost.

The new efficiency record of 20.2% is 0.6% higher than the previous value and more than 2% higher than that of conventional solar cells which, in mass production, achieve an efficiency of some 18% (or sometimes higher, as we’ve seen from other suppliers). 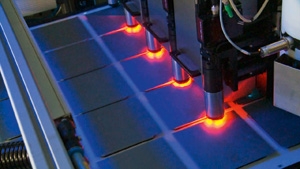 Sunrise Global Solar Energy Co Ltd (Sunrise), a manufacturer of solar cells in Taiwan, recently achieved a conventionally processed cell conversion efficiency of 19.2%, which they believe is a first in industrial mass production. Sunrise achieved this result through its cooperation with Schmid GmbH + Co (Schmid), a worldwide technology market leader and supplier of system and process solutions, for the production of solar wafers, cells and modules. The measurements were confirmed by the University of Konstanz and the Fraunhofer Institute for Solar Energy Systems.

Alongside the selective emitter technology from Schmid and advanced processing steps optimized by Sunrise, the cell efficiency record was otherwise achieved in a standard single-sided screen-printed solar cell structure. The production runs of record solar cells which achieve a peak rate of 19.2% are based on industrial grade 6” mono-crystalline wafer material (Czochralski drawing) with conventional screen printed aluminum backside.

The increased rate of efficiency reached by Sunrise was made possible by the use of the selective emitter technology developed internally by the Schmid Group and combined with the highly optimized fabrication steps by the Sunrise team. Technically speaking on the selective emitter process, Dr. Christian Buchner, Vice President of Schmid’s Cell Business Unit, says, “In Schmid’s combined printing and etching process, the high phosphorous doping layer on the cell is selectively etched and only remains in those places where contacts are subsequently printed – for this purpose a wax mask is applied by an inkjet-type printer. The utilization concept of the selective emitter increases the efficiency of the solar cell by up to 0.6 percent absolute”.

Taiwan-based AU Optronics Corp. (AUO) also lays claim to the “world’s highest efficiency PV module,” SunForte PM318B00, with a conversion rate up to 19.5 (it’s a moving target, but they are likely in 2nd place, with first place going to joint venture partner SunPower).

AUO is best known as a TFT-LCD corporation, but it has been developing its solar business since 2008. The company, by acquiring M.Setek, and joint venturing with SunPower, has created what it claims to be the world’s highest efficiency vertical solar value chain, including polysilicon raw material, solar cell, PV module and system projects. AUO has also established its first high-efficiency PV plant in Tianjin, which will be the first PV plant in China acknowledged by U.S. Green Building Council’s LEED (Leadership in Energy and Environmental Design) certification. The plant is designed to be a green facility, with construction and equipment installation expected to complete this year. Its total capacity will reach 1 GW.

“In the highly competitive and fast-moving solar industry, our advantage comes from our ability to innovate and differentiate our product offering. With these modules, we offer our customers even more value by significantly increasing conversion efficiency and power output,” said Dr. Shawn Qu, Chairman and CEO of Canadian Solar. “In addition, we have also managed to lower the production costs per watt.”

The new ELPS technology is based on the metal-wrap-through (MWT) architecture whereby the front side electrode is moved to the back. Moving the electrical connections to the back allows more of the front surface to become exposed to sunlight, resulting in a significant efficiency increase. At the module level, ELPS allows interconnection on one side, which reduces module series resistance and increases the fill factor, resulting in higher power output. ELPS cell technology is expected to also reduce production cost per watt through increased manufacturing output yield per hour.

The new solar modules are available both as a monocrystalline and as a polycrystalline version, achieving power output of up to 265 W. Shipping of modules with ELPS technology is planned to start in the fourth quarter of 2011. 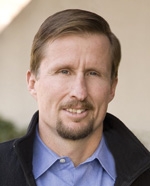 SunPower’s single-crystal silicon solar cells are based on a rear-contact design that eliminates front-side metallization, maximizes the working cell area, eliminates redundant wires and makes automated production easier. Forming the junction at the rear of the cell, combined with a clever surface treatment, allows it to trap and convert much more of the available photons into mobile electrons—yielding a jump in efficiency. The cell employs several other tricks to boost efficiency, including an oxide passivation layer on the backside to deny regions for unwanted hole-electron recombination.

The new 96-cell E20 solar panels are available in 333 W and 327 W models for rooftop installations and feature the company’s 22.4% efficient all-back contact Maxeon cell technology. This gives the company the world record for efficiency among commercially available, mass-produced solar cells. Jörn Jürgens, general manager and managing director of component sales at SunPower GmbH said that they had been continuously improving the cell technology in the last year, and also changed the glass, encapsulant and backsheet materials. “We were able to both enhance the performance of the modules, and also enable them to be connected to transformerless invertors,” he said.