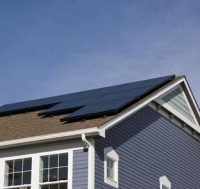 Ontario, Canada [RenewableEnergyWorld.com] In a much anticipated — and long awaited — release, the Canadian Solar Industries Association (CanSIA) has publicly called on the Ontario government to increase the tariffs for solar photovoltaics and boost their expectations of what solar can do in the province.

In a series of presentations in late 2008, including a presentation to Ontario’s Ministry of Energy and Infrastructure, CanSIA offered its vision of what solar PV could do in Ontario and how best to get there. Titled “Solar PV in Ontario: A Roadmap for Success,” CanSIA proposed two approaches for a rapid increase in solar development: solar for export to the grid, and solar for distributed applications. Each approach, or market, would be subdivided by project size much like the differentiated tariffs for solar PV in Germany and France.

Equally significant is CanSIA’s bold suggestion that solar PV alone make up 10% of Ontario’s electricity supply by 2025. Such a contribution, about 16 TWh per year, would require the installation of 16,000 MW of solar PV under Ontario’s climatic conditions, making CanSIA’s proposal the most aggressive in North America. In achieving this objective, CanSIA estimates that Ontario could create as many as 19,000 new jobs in the province.

For comparison, California’s Solar Initiative is limited to 3,000 MW.

The province has a long ways to go. There are only 500 kW of solar PV currently in operation despite the more than 500 MW of contracts executed under Ontario’s groundbreaking Standard Offer Contract program. CanSIA notes that if all the existing contracts were fulfilled, solar PV would still only provide 0.5 percent of Ontario’s electricity.

By 2025 CanSIA suggests that 300,000 residential rooftop PV systems could be in place alongside another 100,000 installations on commercial buildings.

To drive development CanSIA suggests a range of feed-in tariffs to encompass the different applications and different size projects it envisions. For example, CanSIA suggests that a payment of a range of values from $0.42 CAD/kWh on the low end for 10 MW plants to as much as $0.70 for generation from solar PV at plants 250 kW in size. For smaller commercial projects in the hundreds of kilowatts, tariffs up to $0.70 CAD/kWh will be necessary, according to CanSIA’s chart (below). Residential and small commercial rooftop solar installations will need from $0.70 CAD/kWh to as much as $0.80 CAD/kWh for rapid deployment. There are no tax subsidies that reduce the upfront cost of solar PV in Canada or in Ontario.

The public release of the presentations by CanSIA marks a new, bolder, and more assertive trade association. Previously, CanSIA was reluctant to go public with the tariffs needed for the industry to grow rapidly enough to be taken seriously by provincial utility planners.

In early 2005, the Ontario Sustainable Energy Association (OSEA), in consultation with stakeholders from Ontario’s small solar PV industry, estimated that a tariff of $0.83 CAD/kWh was needed for residential rooftop solar to be sufficiently profitable to drive rapid growth.

CanSIA proposed instead a tariff of $0.42 CAD/kWh or one-half the OSEA suggested tariff as a placeholder for solar PV in the new Ontario program.

In mid 2007, OSEA re-examined solar PV tariffs in the province, and concluded that $0.80 CAD/kWh was still needed for small systems less than 10 kW in size and suggested that tariffs $0.75 CAD/kWh to $0.42 CAD/kWh should be paid on a sliding scale for projects from 10 kW to 10 MW in size.

The Ontario Ministry of Energy is widely expected to introduce a Green Energy Act in this session of parliament. Though the details of the Ministry’s proposal remain unknown, a Green Energy Act drafted by a consortium of environmental groups, including OSEA, contains an extensive revision of the province’s Standard Offer Contract program.