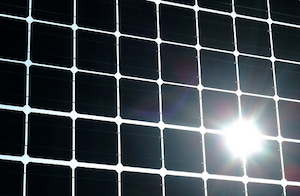 Canadian Solar Inc. today said that it raised US$20 million to support the development of eligible projects in Brazil, including the 191-MW Pirapora I project in the state of Minas Gerais.

According to Canadian Solar, the Pirapora I project is currently under construction and is expected to be completed in 3Q17. Once operational, the project will generate 391.3 GWh of power per year.

“We value the partnership with Canadian Solar… and believe that the milestone funding is the start of more cooperation on solar energy in Brazil, other Portuguese-speaking countries and Africa,” Jianxin Chi, Chairman of CPDFund Management Co., said in a March 6 statement. “We also have strong confidence in the future of Brazilian economy and the economic cooperation between China and Brazil, and expect to invest more in power, infrastructure and other industries in Brazil.”

Canadian Solar said that its investments to accelerate solar energy generation in Brazil include the operation of the country’s largest solar module manufacturing facility with annual capacity of 380 MW and the development of a further 207 MWp of solar energy projects with 20-year power purchase agreements.