More
Home Solar Can the Voice of Solar Shine Brighter?

Solar manufacturers and installers face the same challenge as many business owners: How can a company make time for media outreach as part of their overall marketing strategy? With so many other tasks vying for our time and dollars, making connections with the media, which is one of the best forms of free publicity, is often forgotten about. Why?

Local installers without a large PR and marketing staff simply don’t know where to begin. Or maybe they submitted a few pitches to the bigger markets and, after being ignored, decided publicity efforts weren’t worth the time. Or maybe they just feel that promoting to local and regional markets — places like your local Patch site or print newspapers — doesn’t yield enough eyeballs to make it worthwhile.

A recent #SolarChat, a bi-monthly Twitter chat I host, turned this perception on its head. With guest panelists Carter Lavin, business development manager of the Solar Marketing Group, and Jessica F. Lillian, editor of Solar Industry Magazine, we explored the most effective media outreach tactics, shared tips to get the attention of journalists and bloggers, and gained incredible insight about the state of solar in the mainstream media. 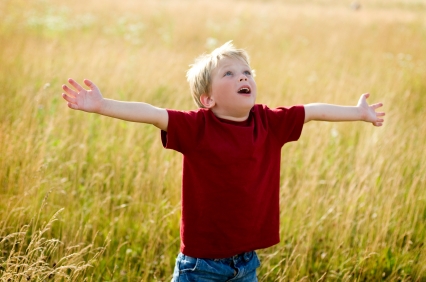 The voice of solar MUST shine bright.

It became apparent that solar supporters have a strong voice. Although we’re not (yet) getting headlines on the front page of the New York Times, smaller local and regional media outlets are, in fact, open to sharing solar stories. Of course, we have to pitch them in the right way with a catchy headline, strong lead, and slant toward human interest.

Several participants in this recent #SolarChat discussion noted that local reporters are always thrilled to receive “feel-good” solar stories. We should not underestimate the power of the local media when it comes to spreading the word about solar. Many small voices create a strong force. Just look at the power bloggers today; many are as well respected and some more widely read than traditional journalists. The power of “citizen journalism” is sweeping the world across every industry, and the solar industry is no different. It’s time to take advantage of it.

Focus on the Positive

Let’s face it: The solar industry isn’t necessarily the mainstream media’s darling. That’s not surprising, since it’s an emerging industry going up against strong lobbyists from the coal and oil industries that influence the larger news outlets. Money talks — ad dollars are the language of TV and print journalism. Many mainstream media outlets have given ample coverage to the few “solar failures,” but solar advocates know that’s not where the real solar story lies.

What can we do? Of course, we can and should counter solar misinformation by writing letters to the editor with facts and data — the truth is on our side!

But we’re big enough to take a pro-active stance, as well. It’s time to switch out of the reactive mindset, merely countering the negative stories, and go after the local media that’s within our reach and eager to hear the truth about solar. Solar is helping lower-income families and school districts afford the electricity they need. Solar energy is saving middle-class Americans hundreds on their electric bills. Solar power is creating jobs, and it’s creating a brighter future for us all.

Together, we can make a huge difference. The momentum #SolarChat has gained in less than a year is a huge example of many “small” voices (you can’t get much smaller than 140 characters) impacting hundreds of thousands of followers.

What if every solar installer and manufacturer aimed to have a story placed in their local paper and on their Patch site? What if everyone in the industry connected with just one lifestyle blogger with a large mainstream audience and placed a guest post there? What if every solar professional took the opportunity to speak at a local school about the benefits of solar and career opportunities in renewable energy?

The viral effect of these placements and appearances can rival anything big coal and oil lobbyists can throw out there; we can debunk myths and spread “solar stories” that will inspire consumers to action.

Harnessing the power of the local media to spread the word about solar is similar to installing a solar PV array on your own home to harness the sun’s power for electricity. Why pay for something (whether it’s publicity or electricity) that you can get for free when you know how?

So, tell us: How will you take action in the media?