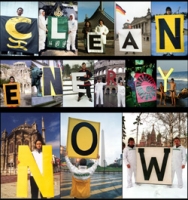 Long Beach, California [RenewableEnergyAccess.com] Following a two-year campaign run by students and Greenpeace, the California State University Board of Trustees voted unanimously in favor of what is being billed as the strongest and most comprehensive university policy on clean energy in the United States. The measures include a provision for all new buildings to be LEED certified and contain a host of renewable energy components such as a mandate for 10 MW of new solar energy.

Among the goals of the proposed policy, the CSU seeks not only new conservation and more efficient buying methods, but also greater energy independence, largely through on-campus generation of energy. While each campus will have its own unique challenges and capacity, the overarching goal is to enhance reliability of the electrical grid. Cogeneration plants, solar power, and flexibility to reduce demand during transmission shortages are key technologies supporting this goal. The success of the student-run RenewCSU campaign establishes the university as the nation’s leading academic institution in efforts to stop global warming. “Cal State’s environmental commitment follows three straight years of paralyzing budget cuts,” said Josh Lynch, Greenpeace campus organizer. “This is proof that universities can ‘go green’ even if they’re in the red.” Cal State is the sixth university system to require all new buildings and major renovations to meet the equivalent of high-performance green building standards known as “LEED”. By meeting a 20 percent clean electricity standard by 2010, Cal State’s purchases will increase the total amount of clean electricity bought by universities in the U.S. by 20 percent. In meeting a goal of installing 10 MW of solar and other renewable power on campuses by 2014, Cal State will also nearly double the amount of renewable generation on US campuses. The new policy puts Cal State in the lead among the top five universities in the country with clean electricity purchases, onsite renewable power, energy efficiency, and green building standards. It will also prevent as much as 80,000 tons of carbon dioxide from being emitted into the atmosphere per year by 2010, a 17 percent reduction from 2004 levels. “This policy sends a clear message that sustainability and renewable energy are priorities in the CSU,” said Tyler Middlestadt, student president at Cal Poly San Luis Obispo. “This policy makes sense in the largest four-year public university in the world for the same reasons that it makes sense everywhere else. The bottom line is that we much become more conscious of our energy and resource management, and we must increase our renewable energy investments to protect our universities from future energy challenges.” Since 2003, more than 14,000 students and faculty petitioned the university in support of the campaign. Government officials such as Cabinet Secretary Tamminen and Assembly Speaker Nunez also endorsed the students’ demands urging the university to take action. “As we much become more conscious of how we manage energy and resources, we must also increase renewable energy investments to protect universities from future energy challenges,” said Tylor Middlestadt, coordinator of the RenewCSU campaign and environmental affairs officer for the California State Students Association. “This policy sends a clear message that sustainability and renewable energy are now priorities for the largest four-year public university in the world.”